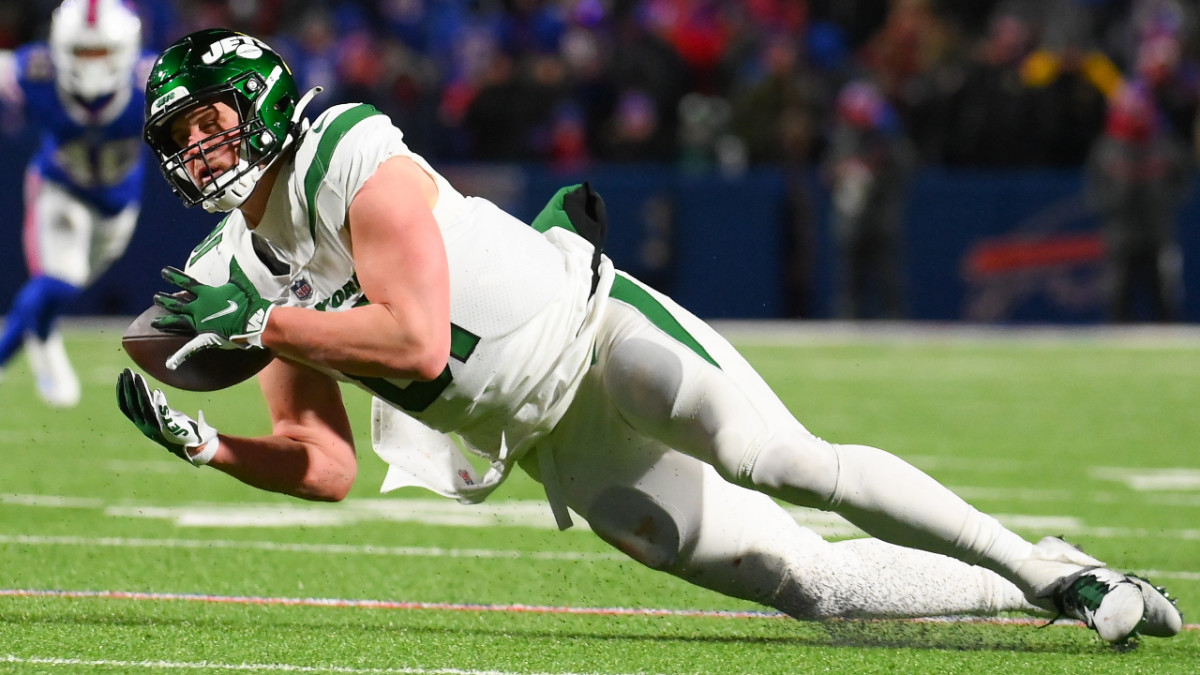 The 49ers just upgraded their tight end room and put the backups on notice.

Veteran tight end Tyler Kroft just signed a one-year deal with San Francisco, according to reports. Which means Kroft is the 49ers’ new No. 2 tight end if he’s healthy.

Kroft, 29, has played in 81 games in his career and has started 48 of them. Last season, he played in 9 games with the Jets, started 6 of them and caught 16 passes. Modest numbers, but they would have made him the 49ers’ second-most productive tight end last season after George Kittle.

The 49ers stuck with Dwelley and Woerner for years because former tight ends coach John Embree hand-selected them and believed in them. But now he’s gone — he followed former 49ers offensive coordinator Mike McDaniel to the Miami Dolphins, and so the 49ers signed a new tight ends coach this offseason — Brian Fleury.

The 49ers still could keep four tight ends on their final roster — they’ve done that in the past. But if they keep only three, they’ll have to cut either Dwelley or Woerner.

As of now, Woerner should be the odd man out.