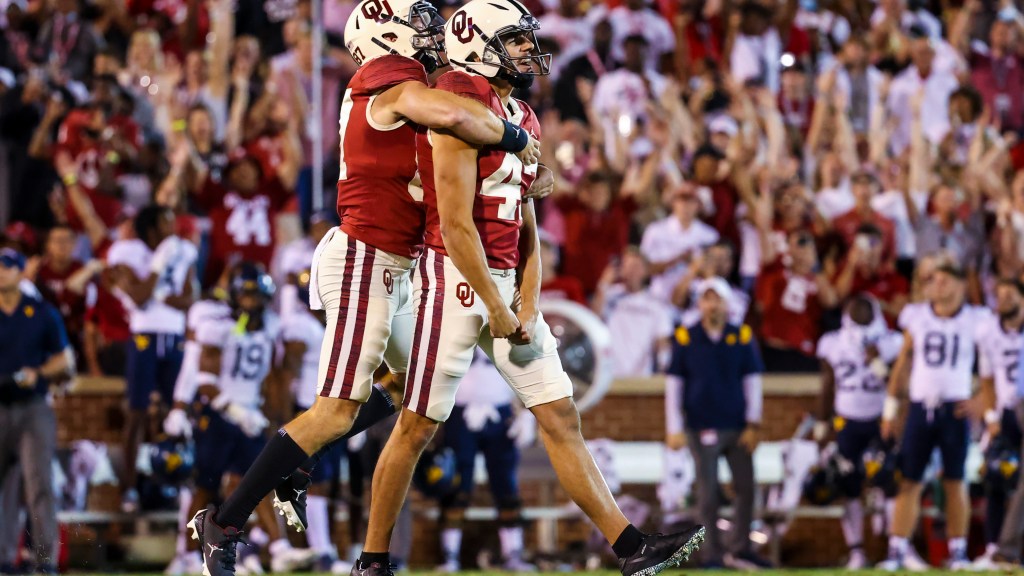 The Oklahoma Sooners averaged just 2 yards per carry on Saturday night, and Spencer Rattler was under pressure quite a bit. That was a really good defensive front the Sooners were attempting to control, and it showed. They got whipped at the line of scrimmage most of the night.

West Virginia has a good defense, but the Sooners couldn’t get any semblance of a running game going until the final drive. And even at the end of that drive, they were getting manhandled.

The coaching staff is still mixing and matching, attempting to find their best five guys, and so far, there are few answers to the offensive line puzzle.

Rattler was under pressure on 11 of his 41 dropbacks on Saturday night. Because of the pressure, the Sooners’ starting quarterback felt like he had to bail from the pocket a bit earlier than he probably needed to at times.

When he was under pressure, he was 3 of 6 for 14 yards, sacked four times, and averaged just 2.3 yards per attempt.

Riley did a good job at times at dialing up plays to help get the ball out of Spencer Rattler’s hands quickly, but this is a team built to push the ball downfield. If they’re unable to do that because of the coverage they’re facing or because the offensive line can’t hold up, it’s going to be a long season.