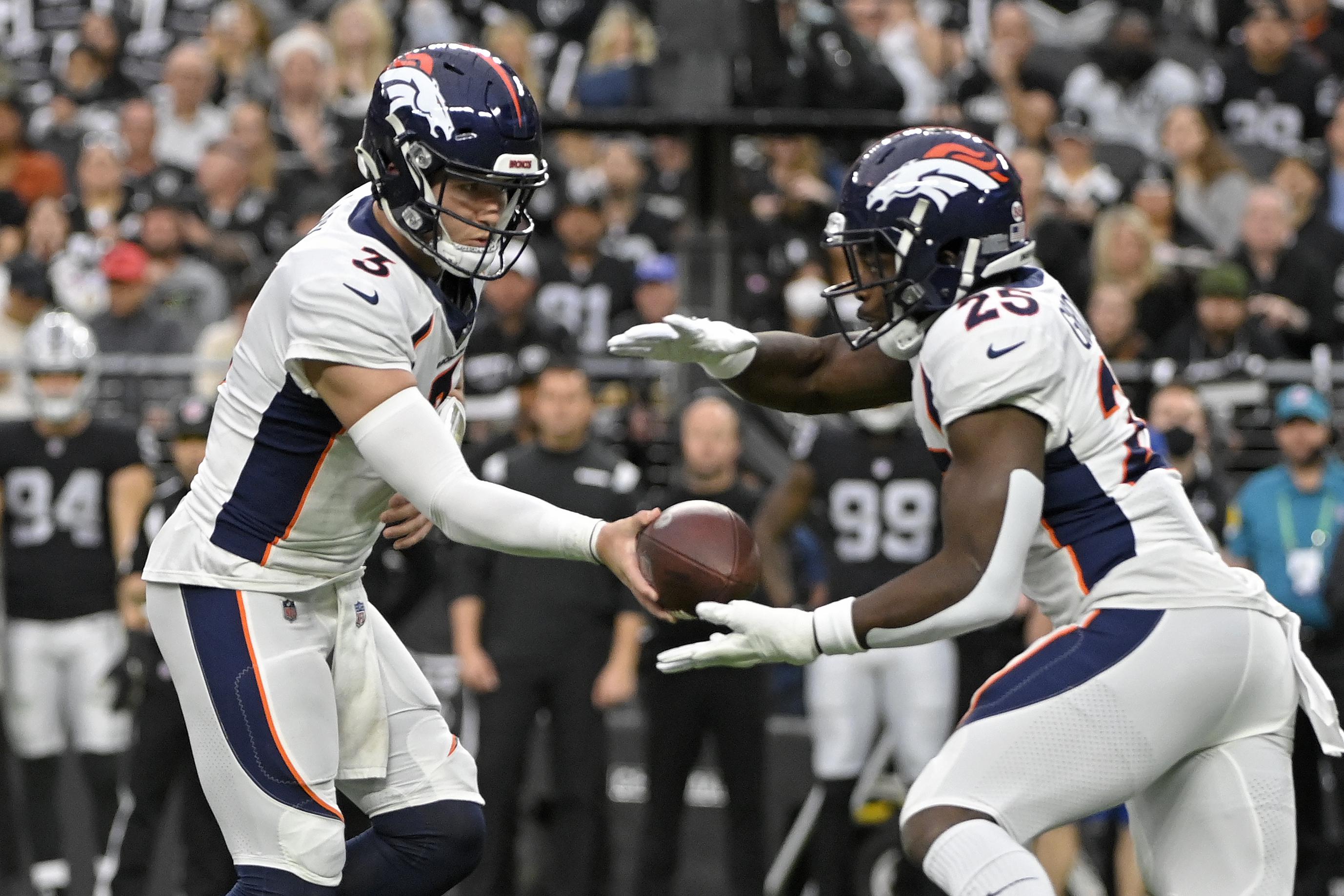 LOS ANGELES (AP) â€” Two weeks ago the Los Angeles Chargers were feeling pretty secure about getting to the postseason for the first time since 2018.

After two straight losses though, their challenge is more formidable going into Sundayâ€™s game against the Denver Broncos.

The Chargers (8-7) got off to a 4-1 start under first-year coach Brandon Staley but have won consecutive games only once since mid-October. They have dropped their past two â€”a 34-28 overtime loss to Kansas City on Dec. 16 and an inexplicable 41-29 defeat at Houston last Sunday.

Staleyâ€™s message to his team this week has been about getting back to being consistent in practice and trying to approach things as normal as possible despite the evolving roster changes because of COVID-19.

â€œYou have to trust your plans and how you prepare. I think thatâ€™s what our approach is going to be this week, putting the focus on us and giving the Broncos their full respect by preparing each day the best that we know how. Regardless of the circumstances, treat each week like it has a life of its own,â€ Staley said.

The Chargers could get back into a wild-card spot with a win and losses by Miami to Tennessee and Baltimore to the Los Angeles Rams.

The Broncos started the season with three straight wins but have dropped three of their past four as their playoff hopes are hanging by a thread. They need a win over the Chargers, coupled with victories by the Rams, Titans and Browns to go into next weekâ€™s regular-season finale against Kansas City with even a chance of getting back to the postseason for the first time since 2015, when they won their third Super Bowl title.

Another defeat would assure the Broncos of their fifth straight season under .500. Third-year coach Vic Fangio was on the hot seat going into the year and has tried to deflect talk about his job status during the latest slump.

â€œIâ€™m not worried about do I have to win the next two to secure the job? Thatâ€™s totally not in my frame of thought right now,â€ he said. â€œWeâ€™re going to do anything and everything we can to win this game this week.â€

The Broncos canceled practice for the first time this season Thursday because of COVID-19 concerns related to testing. Offensive tackle Bobbie Massie was added on Thursday while wide receiver Tim Patrick and safety Caden Sterns were placed on the list Wednesday. Nose tackle Mike Purcell has a chance of coming off after entering protocols Monday.

The Chargers have nine on the list, including five starters. The biggest area of concern is special teams with kicker Dustin Hopkins and long snapper Matt Overton both in protocols.

Drew Lock said he got a jump-start on his preparation for the Chargers through the cameo he had against them in Denverâ€™s 28-13 win at home on Nov. 28 when Teddy Bridgewater was briefly sidelined with a bruised shin â€” even though he was just 4 of 7 for 26 yards and threw an interception in that game.

â€œIâ€™m excited to be able to dive in as a starter again against a really good defense,â€ Lock said. â€œThereâ€™s a lot that goes into the prep every single week, but it does help to play them a little bit, kind of have a feel for who they are and how to attack them the second time around.â€

BOUNCE BACK FOR HERBERT?

Chargers Pro Bowl QB Justin Herbert is second in the league with 4,394 passing yards and tied for fourth with 33 touchdown passes. But he is tied for the league lead in a category he wish he wasnâ€™t at the top of: pick 6s.

Herbert and the Ramsâ€™ Matthew Stafford have each thrown three. Herbert was picked off twice by Denverâ€™s Patrick Surtain II, including one that went 70 yards for a TD.

â€œI think weâ€™re always learning, always trying to develop and get better. It is tough. There are going to be growing pains,â€ Herbert said. â€œI think the great thing about our team, about our coaching staff is that weâ€™re all working together and that weâ€™re all selfless. Everyone is trying to get better. As long as weâ€™re doing that, good things will happen. It might not go our way all the time, but to have those guys battle every week, thereâ€™s no place Iâ€™d rather be.â€

Herbert needs 270 yards on Sunday to reach 9,000. At 31 games, he would be the second-fastest player to reach that mark.

The Broncosâ€™ usually reliable 1-2 punch of Melvin Gordon and rookie Javonte Williams looks to get going again after the Raiders shut down Denverâ€™s ground game last week, holding the Broncos to 18 yards on 16 carries, including minus-4 for Gordon, his worst game of his career.

â€œWe just have to do a better job of blocking up front, starting with the O-line, tight ends and the receivers,â€ Fangio said. â€œWeâ€™ve got to be able to get our running backs and our good runners through the line of scrimmage to where they can make something happen. Part of that, too, is to get the passing game going to where thereâ€™s a good mix of run and pass and get the defense not knowing what might be coming next.â€

Denver rushed for 147 yards and averaged 4.5 yards per carry the first time around against the Chargers. Los Angeles has the leagueâ€™s fourth-worst run defense, allowing 140.3 yards per game. Houston rushed for 189 yards last week, marking the fifth time this season LA has allowed at least 180.