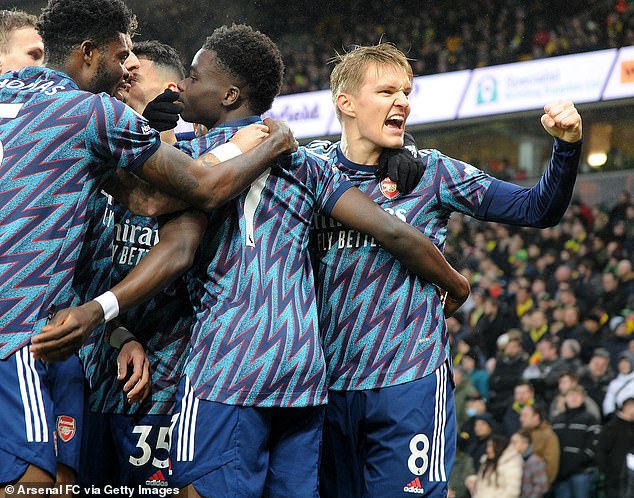 Arsenal travel to Dubai after Sunday’s Premier League clash with bottom side Burnley as Mikel Arteta aims to have the “best break possible” to get a fully fit squad.

The Gunners are in contention for a top four spot this season but have suffered a dip in form with a number of key players unavailable.

A mix of injuries, positive coronavirus cases, suspension and the Africa Cup of Nations has left Arteta with depleted ranks – leading to the postponement of last weekend’s North London derby at Tottenham.

Burnley have also struggled with numbers lately and the Clarets haven’t played a league game since January 2.

Arsenal are yet to win in 2022, losing in the dying seconds to runaway Premier League leaders Manchester City on New Years Day before a defeat at Nottingham Forest in the FA Cup third round.

This was followed by a goalless draw at Liverpool in the first leg of their Carabao Cup semi-final, with the Reds winning the second leg 2-0 on Thursday night.

When asked how badly Arsenal needed a break, Arteta replied: “That’s why we want to play on Sunday because we want to take away the disappointment from Thursday and the best way to do that is to play, to play and win.”

“It’s always a big challenge to play against Burnley and the experience we have with this team is always that they do what they do really well.”

“They cause a lot of difficulty in the game and we are going to have to be really ready to compete and play the game we want against them.

“After that we have the break, we know that and we use it in the best possible way to recover the number of players we need to compete at this level.”

Part of this break will be spent in the Middle East with a hot weather training camp in Dubai scheduled.

Arsenal will not return to action until a trip to Wolves on February 10, but a friendly behind closed doors is also scheduled when they return.