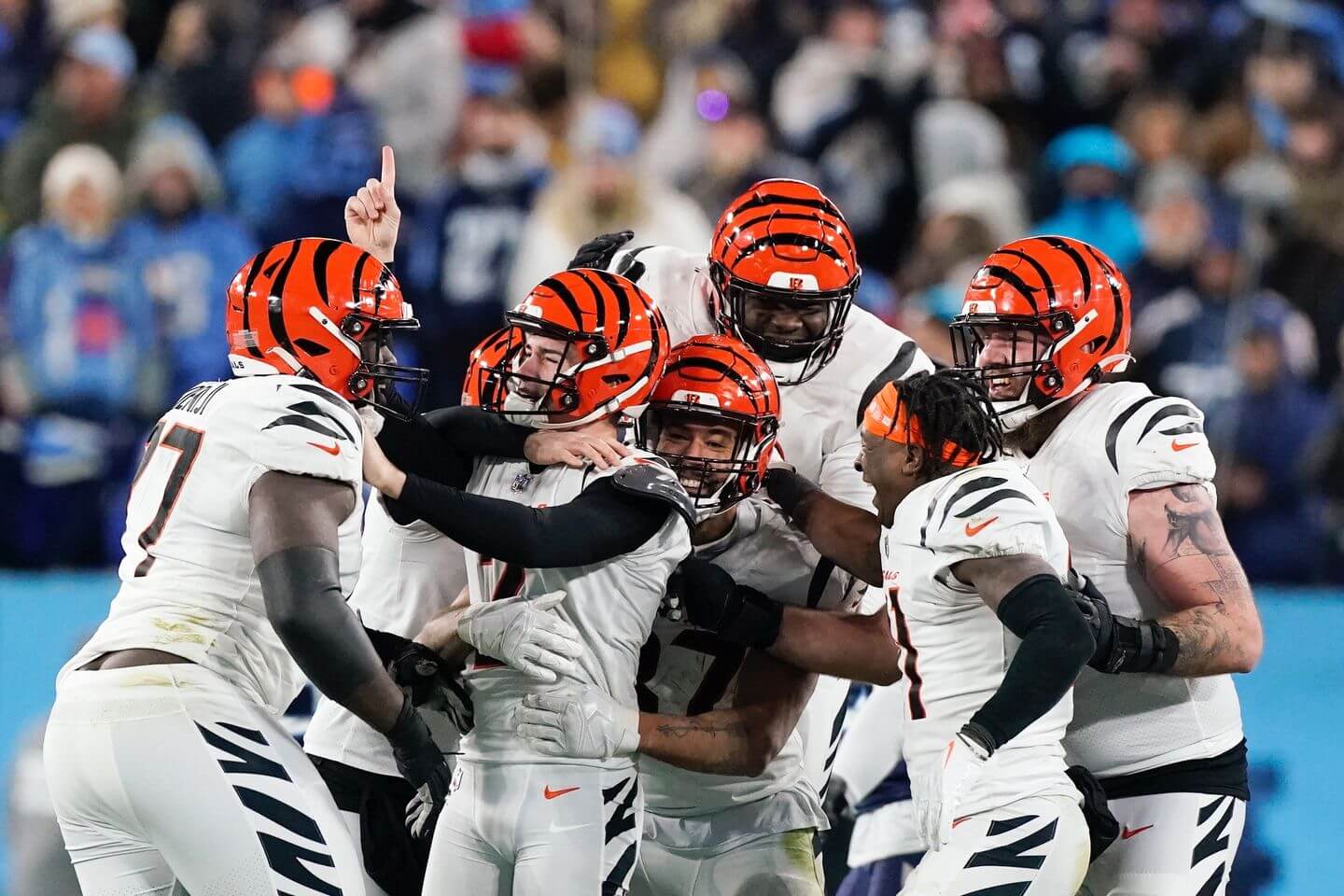 Rookie kicker Evan McPherson hit four field goals, including a 52-yarder at the end of the game, to give the Cincinnati Bengals a 19-16 win over the Tennessee Titans in their Saturday AFC divisional-round playoff game.

McPherson’s effort helped the Bengals overcome an NFL playoff-record nine sacks by the Titans, whose pass rush was in the Cincinnati backfield on a consistent basis all game long. It also maximized the value of Joe Burrow’s 348 passing yards, which was necessary since the Bengals were able to drive to the Titans red zone only twice in 12 drives.

Tennessee’s penchant for giving the ball away came back at the wrong time today, as Ryan Tannehill threw three interceptions, marking only the fourth time this year that Tannehill threw more than one interception. The last of these occurred as the Titans were driving to set up a potential game-winning field goal late in the fourth quarter when Eli Apple tipped a pass intended for Nick Westbrook-Ikhine and linebacker Logan Wilson made the pick for the Bengals at their 47-yard line. Burrow hit a 19-yard pass to Ja’Marr Chase on the next play and then Cincinnati ran the clock down to give McPherson his game-winning opportunity.

Derrick Henry did return to the Titans lineup for the first time in over two months and did carry the ball 20 times but gained only 62 yards against a Bengals rush defense that played surprisingly well after losing defensive tackle Larry Ogunjobi to injury last week.

Cincinnati advances to the AFC Championship game next week, where they will travel on the road to face the winner of Sunday’s Buffalo-Kansas City contest. Tennessee ends its year with a 12-6 record.

2022 NFL playoffs: Schedule through the Super Bowl, including divisional matchups for Rams-Bucs, Bills-Chiefs