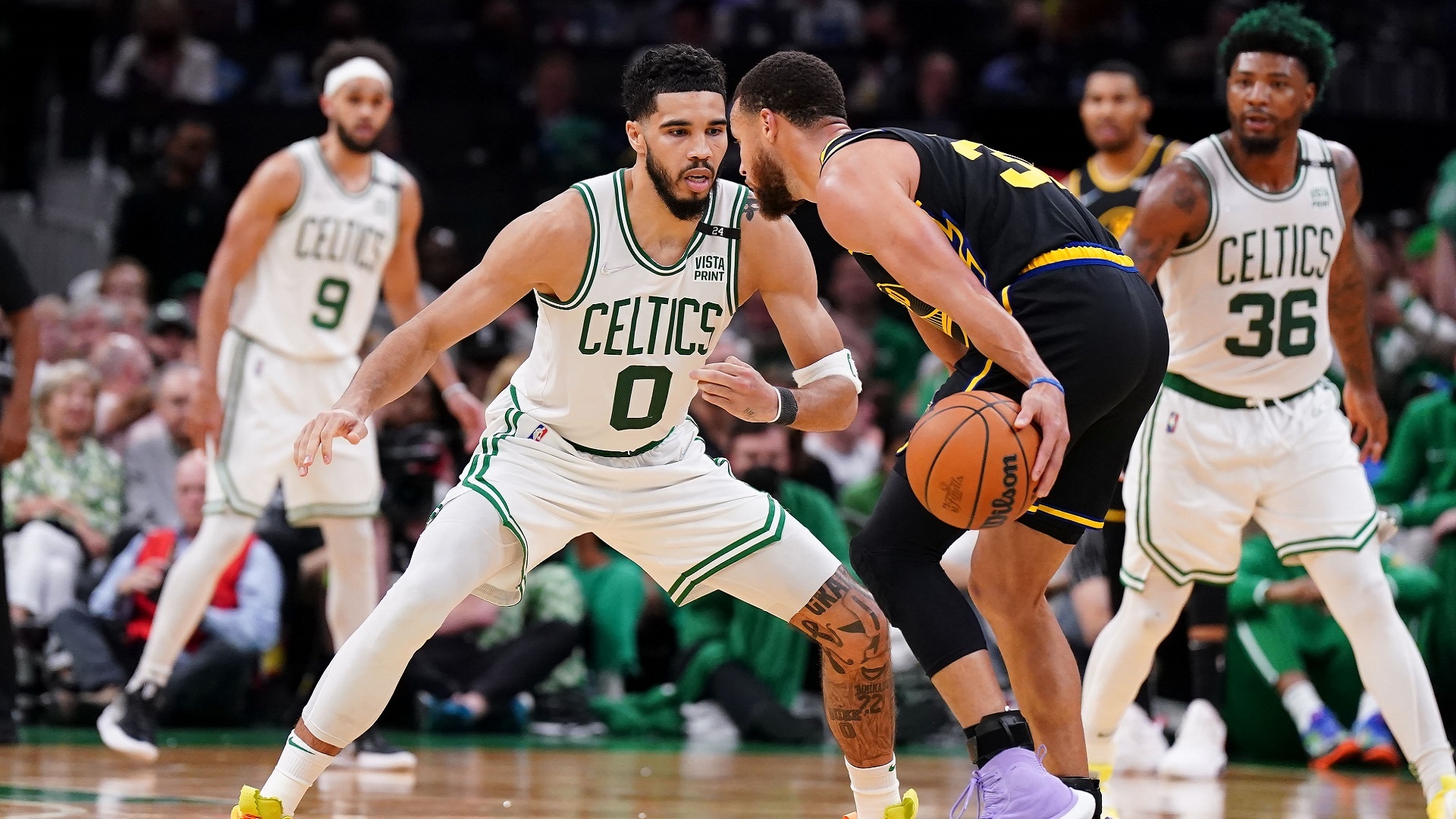 Try as they might, the Celtics haven’t figured out how to defend Stephen Curry effectively in the Finals.

SAN FRANCISCO (AP) — As the Boston Celtics search for answers in an effort to stop Stephen Curry in these NBA Finals, they know even their best defense won’t always be good enough.

“Steph Curry is pretty good, if you guys haven’t noticed. He can shoot the ball unbelievably,” Boston guard Jaylen Brown said Sunday. “Even watching it, playing against it and even in the finals, I feel like he’s taking it up a notch a little bit. He had a hell of a performance in Game 4, and we have to respond to that.”

Whether the Celtics can do a better job containing the two-time MVP will be a major key as the best-of-seven series resumes at Chase Center on Monday night with the teams tied 2-2.

Coach Ime Udoka is calling for the Celtics to mix things up and be more physical on the heels of Curry’s 43-point masterpiece in the Warriors’ 107-97 victory Friday in Boston.

Udoka will allow his guards some leeway in deciding exactly where to begin pressuring Golden State’s superstar — often starting well beyond the 3-point arc with the big men staying at the ready to assist.

Curry went 14-for-26 with seven 3-pointers and also grabbed 10 rebounds. Once he finds a rhythm, he can hit from anywhere, even with a defender’s hand in his face. But Udoka realizes how the career 3-point leader can quickly become just as dangerous a playmaker, too.

“Obviously, the range extends the floor some. Some of the shots that he’s hitting are only shots that he can hit and have been highly contested,” Udoka said. “He’s hit a few of those.”

The 34-year-old Curry recorded the second-best scoring performance of his career on the finals stage — second only to the 47 points he put up in Game 3 of 2019 against eventual champion Toronto — and joined Michael Jordan and LeBron James as the only players age 34 or older with at least 40 points in a finals game.

So, was watching the film session from Friday’s game almost as fun for Curry as what he did during it?

“Whether you play well individually or not, you always know what happens at the end. It’s like watching the end of a movie. It’s always nice to know that the movie turns out great at the end,” he said.

“But I think it’s more so just the balance of watching what worked and trying to understand those patterns so that you can repeat that for the next game. Maybe anticipate some adjustments that might happen. Try to slow it down and try to be one step ahead of that. In the meantime, also watching a lot of different reactions in the crowd and on the bench and stuff like that, too. That’s always some good entertainment.”