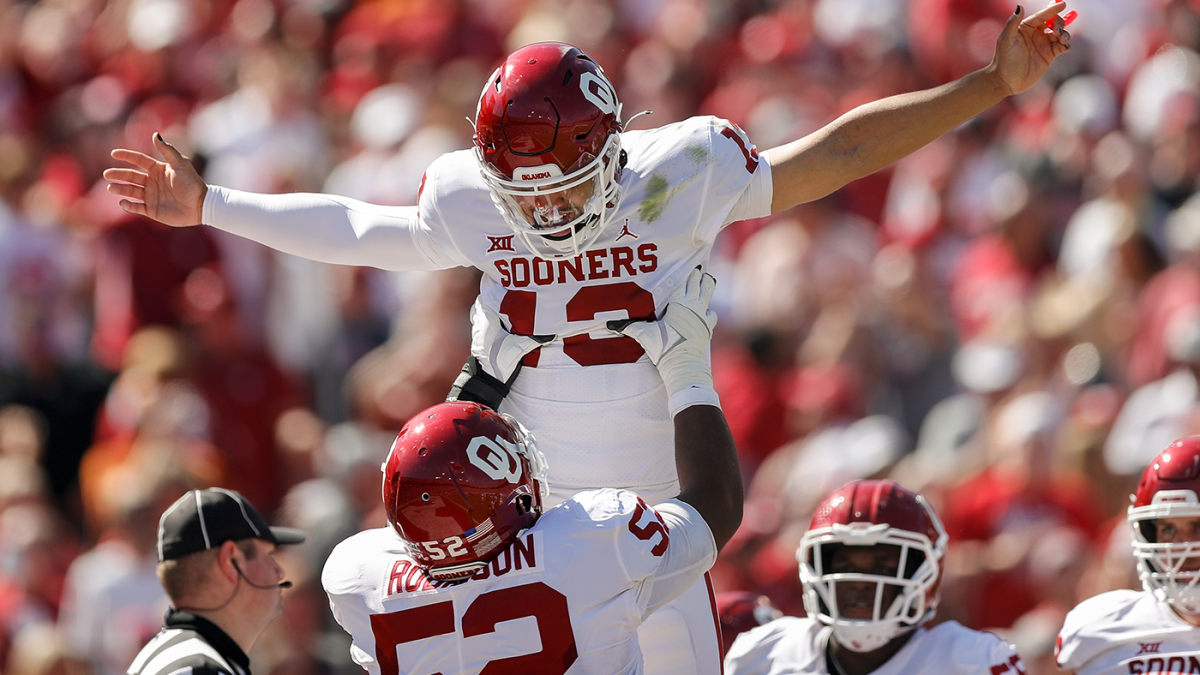 We’re heading full steam ahead into the midway point of the 2021 college football season, and “upheaval” would be the appropriate label for the first siex weeks of action. A total of 40 ranked teams have lost. Among the more notable names to go down in defeat includes defending national champion Alabama last week to Texas A&M.

What will this weekend bring on the heels of one of the most chaotic slates in recent memory? Week 6 is going to be hard to top, but there are plenty of opportunities on the schedule.

Massive SEC and Big 12 matchups dominate the docket, and several others should be well worth your time. Let’s take a look at the schedule and give you a viewer’s guide to help you navigate through all the action.

Auburn at No. 17 Arkansas — noon on CBS: The Tigers and Razorbacks are both coming off losses and need wins to keep faint SEC West championship hopes alive. Auburn’s offense needs to get going after running into the Georgia buzzsaw and Arkansas’ defense needs a boost after last week’s track meet with Ole Miss.

No. 12 Oklahoma State at No. 25 Texas — noon on Fox: The Longhorns suffered a heartbreaking loss to Oklahoma but can still keep their conference championship hopes alive with a win over the Cowboys. Meanwhile, coach Mike Gundy’s crew could make a statement and remind people they’re squarely in the Big 12 Championship Game race.

No. 11 Kentucky at No. 1 Georgia — 3:30 p.m. on CBS: The SEC on CBS Game of the Week could be the de facto SEC East championship game. Both teams will enter Sanford Stadium unblemished, but Kentucky could make a massive statement if it’s able to move the football against the mighty Bulldogs defense. It will also be interesting to see if Bulldogs quarterback JT Daniels gets the start after missing the last two weeks with a lat injury.

TCU at No. 4 Oklahoma — 7:30 p.m. on ABC: Quarterback questions abound in Norman. Coach Lincoln Riley has turned his football complex into Area 51 in an attempt to keep his decision to start Spencer Rattler or Caleb Williams under wraps. Who will be QB1? We’ll find out Saturday night — and it could have a huge impact on the national title race.

No. 10 Michigan State at Indiana — noon on FS1: The Spartans have been one of the most surprising teams of the year, and while Indiana’s season hasn’t lived up to expectations, a road win in the noon window would do a lot toward earning good publicity. It’s a big spotlight for Michigan State’s star running back Kenneth Walker III.

No. 20 Florida at LSU — noon on ESPN: This is a big rivalry game and a perfect chance for the Gators to keep the offensive momentum going. LSU, on the other hand, could use a get-right win to get the sour taste of two straight losses out of its mouth. This could be Tigers coach Ed Orgeron’s last chance to retain his job.

Purdue at No. 2 Iowa — 3:30 p.m. on ABC: Will the hangover from the Penn State win haunt the Hawkeyes, or will Kirk Ferentz’s crew handle its business against an overmatched Boilermakers squad? Iowa wins with defense and special teams. Will that continue, or will the turnovers suddenly stop?

No. 18 Arizona State at Utah — 10 p.m. on ESPN: #Pac12AfterDark will be a fun one. The Sun Devils will look to stay relevant in the national conversation in Salt Lake City against the Utes. If you haven’t watched the Sun Devils, they have one of the most prolific rushing offense in the country, tied for second with 21 scored on the ground.

Best of the rest

NFL Week 5 takeaways – What we learned, big questions for...