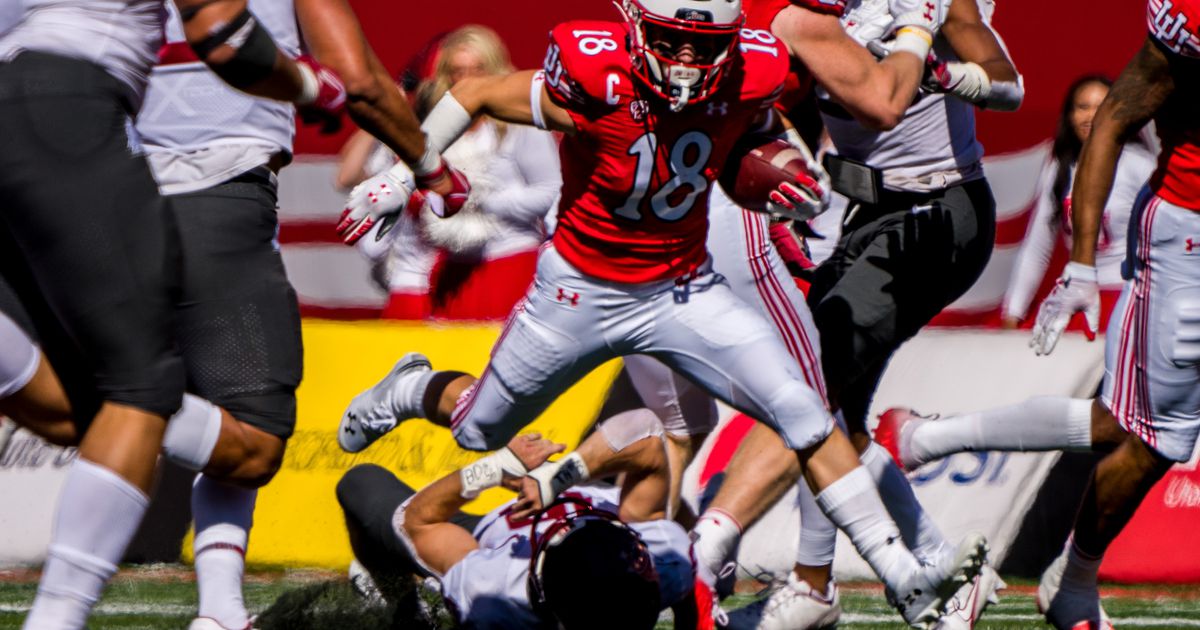 Utes, Ducks could play each other twice in 13 days â€”Â including the Pac-12 championship

In a career that dates back to 2015, Britain Covey has played in 43 games for the University of Utah. Of those 43 games, a few standout among the rest.

Covey points to his collegiate debut against Michigan in 2015, a 24-17 Utes win that marked Jim Harbaughâ€™s coaching debut for his alma mater. A 30-24 win over a Cal team that featured eventual-No. 1 overall pick Jared Goff comes to mind from that season, as does a 62-20 demolition of Oregon in Eugene in between the Michigan and Cal wins.

â€œI could quote that game play-by-play for you,â€ Covey said Monday afternoon as a gaggle of voice recorders and television cameras surrounded the redshirt junior.

Covey bringing up the 2015 Oregon game is apropos because Saturday eveningâ€™s visit from the Ducks (5:30 p.m., ABC) will be the biggest regular-season game Utah will play this season. Oregon, ranked No. 3 in the latest College Football Playoff rankings, is three wins away from securing the Pac-12â€²s first CFP berth since 2016.

Of course, of the three wins the Ducks need, two of them would have to come at the Utesâ€™ expense. Regardless of Saturdayâ€™s outcome, North-leading Oregon (9-1, 6-1 Pac-12) and South-leading Utah (7-3, 6-1 Pac-12) will remain on course to play each other in the Pac-12 championship game on Dec. 3 at Allegiant Stadium in Las Vegas.

There is a lot at stake on Saturday, there will be a lot of national attention on Salt Lake City, and Covey knows it.

â€œItâ€™s a huge week,â€ Covey said. â€œI feel like there is one game like this per season where you just know itâ€™s going to be rocking in Rice-Eccles. Itâ€™s something to look forward to, so Iâ€™m pumped.

â€œI can think back of all the years Iâ€™ve played, of one or two particular games where it had this kind of atmosphere even going into the week. Weâ€™re going to do our best to block that out, but that gives you energy come game day. Iâ€™ve played in enough of these games to know that that really does have an effect on you, so Iâ€™m excited for that.â€

Blocking out the noise and the extracurricular things is easier said than done, especially in the age of social media, but that is indeed the task at hand as the week unfolds.

Utah head coach Kyle Whittingham on Monday balked at the notion that Saturday was more than just your average regular-season game. The Utes went through their normal Monday walkthrough, and were scheduled to conduct a normal Tuesday practice, which is generally the most physical session of the week.

Meetings, film, and weights will all be mixed in, just like any other week, even if the stakes are higher than normal on Saturday.

â€œItâ€™s one of those typical sports cliches that every answer is the same when you ask him, so every opponent is the same, but at the end of the day, everyone knows that this isnâ€™t the same as every other week,â€ Covey said. â€œWeâ€™re going to prepare the same because thatâ€™s whatâ€™s worked. The difference is, this week isnâ€™t the same because of the gravity of the situation, because of the respect we have for our opponent, and how weâ€™re going to need to be on top of things.â€