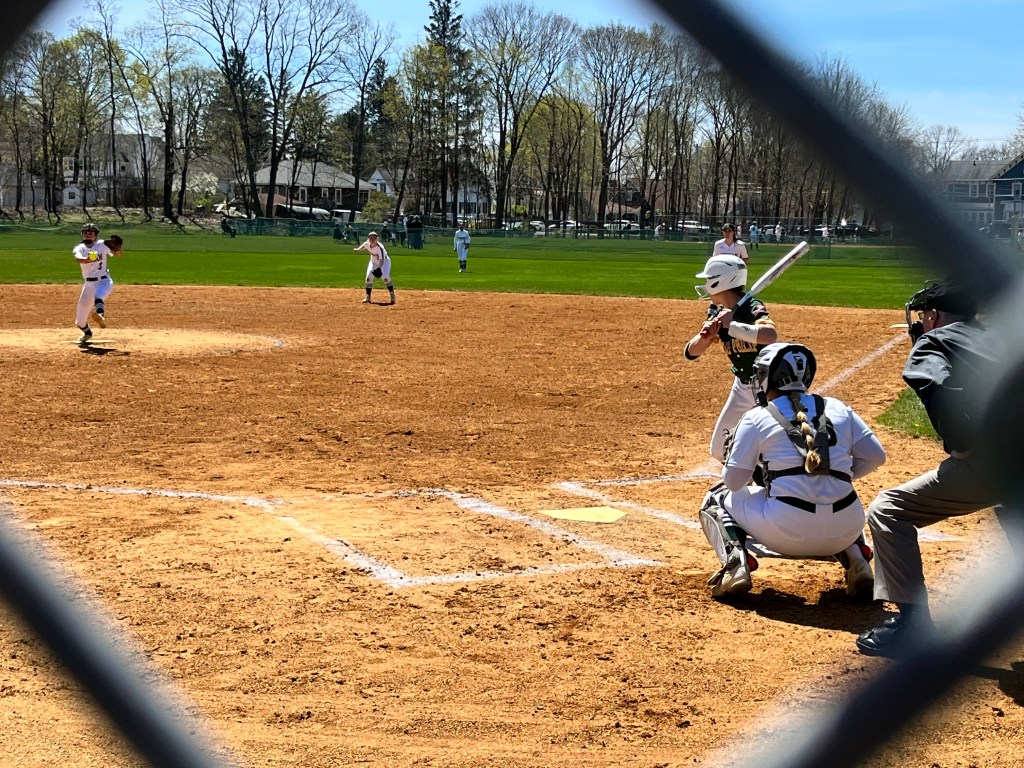 ATTLEBORO — In a showdown between two of the best Division 1 softball teams in the state, Monday’s tilt with King Philip and Bishop Feehan had all the makings of a classic.

Then again, the host Shamrocks felt that maybe a close game can be a little overrated.

Feehan jumped out with six runs in the first inning and had eight before King Philip scored at all, and the Shamrocks never looked back in a 12-3 win.

With the victory, Feehan improved to 3-1 on the season, while KP fell to 5-1.

“Yeah, I didn’t know what to expect,” Feehan assistant coach Jenna Stringfellow said. “They always give us a really good game, and I knew it was going to be a tough game. So the fact that we got out there in the first inning and scored the way we did, I was really happy with that.”

After Feehan pitcher Mylee Ramer set the Warriors down in order in the top of the first, the Shamrocks went right to work. The first six Shamrocks reached base. Madolyn Coupal, Makayla Burr, McKenzie Faherty each had hits to get it going, and Madi Narducci had a two-run single to right-center. Feehan batted around in that first inning, and was up, 6-0, when the dust settled.

If the Shamrocks were going to be unfocused with April vacation, they sure did not seem like it.

“They know that spring break’s not a real break,” Stringfellow said. “They know that it’s softball. It’s fun for them because they know they don’t have to worry about school during spring break. They can just focus on the sport and having a good time and doing our best.”

In the second inning, Faherty led off with a base hit to left. That brought up Haley Coupal. She got what seemed to be a glancing piece of the pitch. It did not look like Coupal had everything of it. But it carried, and carried, and went over the fence in right-center.

“I mishit that ball a little bit,” said Coupal, who scored three runs. “I got a little under it, but I guess I got enough of it and it went over.”

“When she hits them, they’re so high up, you’re like, ‘I don’t know what’s going to happen with that,’ ” Stringfellow said. “She’s been really helpful, not only offensively, defensively, but her leadership is really awesome, too.”

King Philip finally got on the board in the fourth, as Charlotte Raymond, Ava Kelley, and Mia Bennett all had RBI hits to help cut the lead to 8-3.

But Feehan scored a run in the fifth, plus three more in the sixth to end any hopes of a comeback.