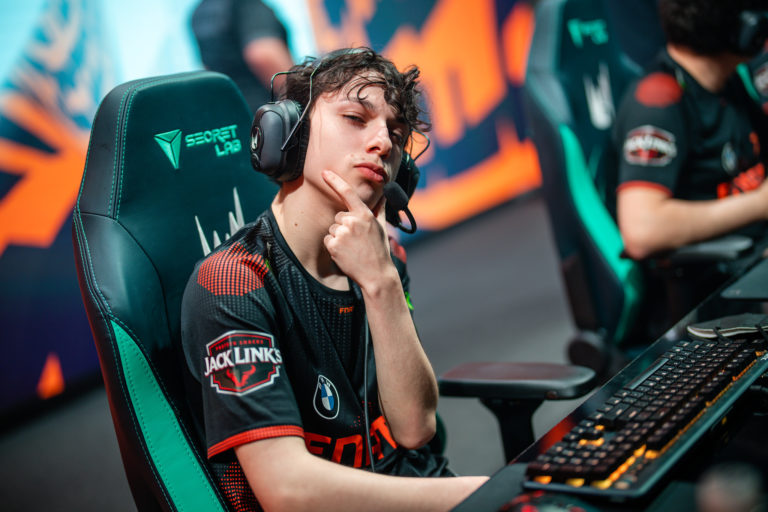 It only took Fnatic three quick games to deal with a demoralized Rogue squad and secure a spot against MAD Lions in the 2021 LEC Summer Split Finals. Luckily for the boys in blue, theyâ€™ve already locked in their ticket to the 2021 League of Legends World Championship, but they now have to make their way to the Group Stage by getting through the play-ins.

During the series, many people expected Rogue to bounce back with their typical dominance in the early game, but this time, it was Fnatic that came out swinging from the first minute. Rogue drafted champions that could win the laning phase, but Fnatic relied on superior macro play to overwhelm their opponents.

For instance, in the first game of the series, Fnatic stayed active by having Nisqy and Adam teleport into the bottom lane for a successful early dive, setting the tone for the rest of the game and series. From risky level-two dives from Hylissang to expertly timed counter-punches, this roster showed that they have added a good level of precision to their fiery aggression, making them the most proactive team of the three European representatives heading to Worlds.

Rogue, on the other hand, seem to have lost their identity and spark as a squad ever since the start of the postseason. They couldnâ€™t find the same early-game power that many organizations feared and failed to build up any momentum to help them succeed.

This is the third time Rogue have failed to win the LEC championship after finishing as a top-two team in the regular season, which is also disappointing for a squad that has craved gold for so long. Itâ€™s also the second time this playoffs that the team were swept, after a sweep by MAD Lions in the upper bracket. Now, they must regroup and prepare for Worlds after losing six straight games on the way to an early exit from the postseason.

Looking ahead, Fnatic now have one more team standing in front of the summit of the league: MAD Lions. These young guns have taken the European throne for themselves over this year, but Fnatic is poised to make a stand for the old guard of the LEC.

You can catch all the action when these two star-studded rosters clash tomorrow in the LEC Summer Finals at 10am CT.