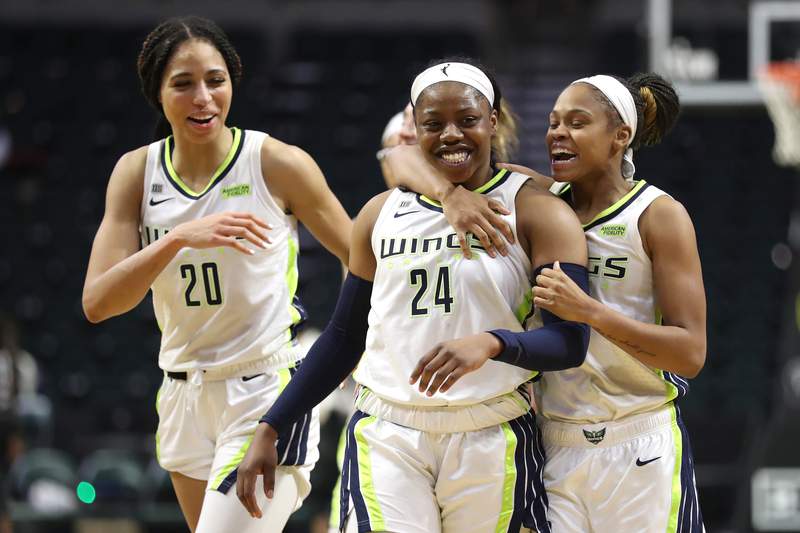 After taking a day off on Monday, four teams are back in action.

In their second matchup of the season, the Minnesota Lynx will take on the Washington Mystics. Last time these teams met, the Lynx got the victory with the final score being 68-79. In that matchup the Mystics shot under 30 percent from both the field and the three point line. They are also without star forward Elena Delle Donne but players like Tina Charles and Ariel Atkins picked up the slack. Both, Charles and Atkins are expected to contribute Tuesday, along with Myisha Hines-Allen who had an excellent performance in the Wubble.

Coming off three straight wins, the Lynx have the hot hand. Last time they met Washington, they shot over 40 percent from the field and 30 percent from the three point line. Players like Crystal Dangerfield picked up the scoring and since then, the Minnesota squad has added Layshia Clarendon into the mix who is already becoming a leader for the team.

Dangerfield wonâ€™t be by herself on Tuesday as Napheesa Collier and Kayla McBride are coming off stellar scoring performances.

Meeting up for the second time this season the Dallas Wings will take on the Phoenix Mercury. Last time these two teams met, the Mercury only beat the Wings by 4 points behind a great scoring performance from Brittney Griner, Kia Nurse and Skylar Diggins-Smith. The Mercury shot very well from the field and made 50 percent of their shots and also shooting 36 percent from the three point line. Their performance was also without veteran guard Diana Taurasi who has been out with a chest injury.

The Phoenix squad will look to Griner, Nurse and Diggins-Smith again in this matchup on Tuesday for scoring and leadership. Coming off a one point win against the Seattle Storm, the Wings look to continue their win streak against the Mercury. Last time the Wings met the Mercury they shot under 40 percent from the field and the three point line. Even with a great scoring performance from Arike Ogunbowale and Marina Mabrey, it was not enough.

The team has added Isabelle Harrison into the scoring mix and will be looking to her along with Ogunbowale and Mabrey to even the season series.