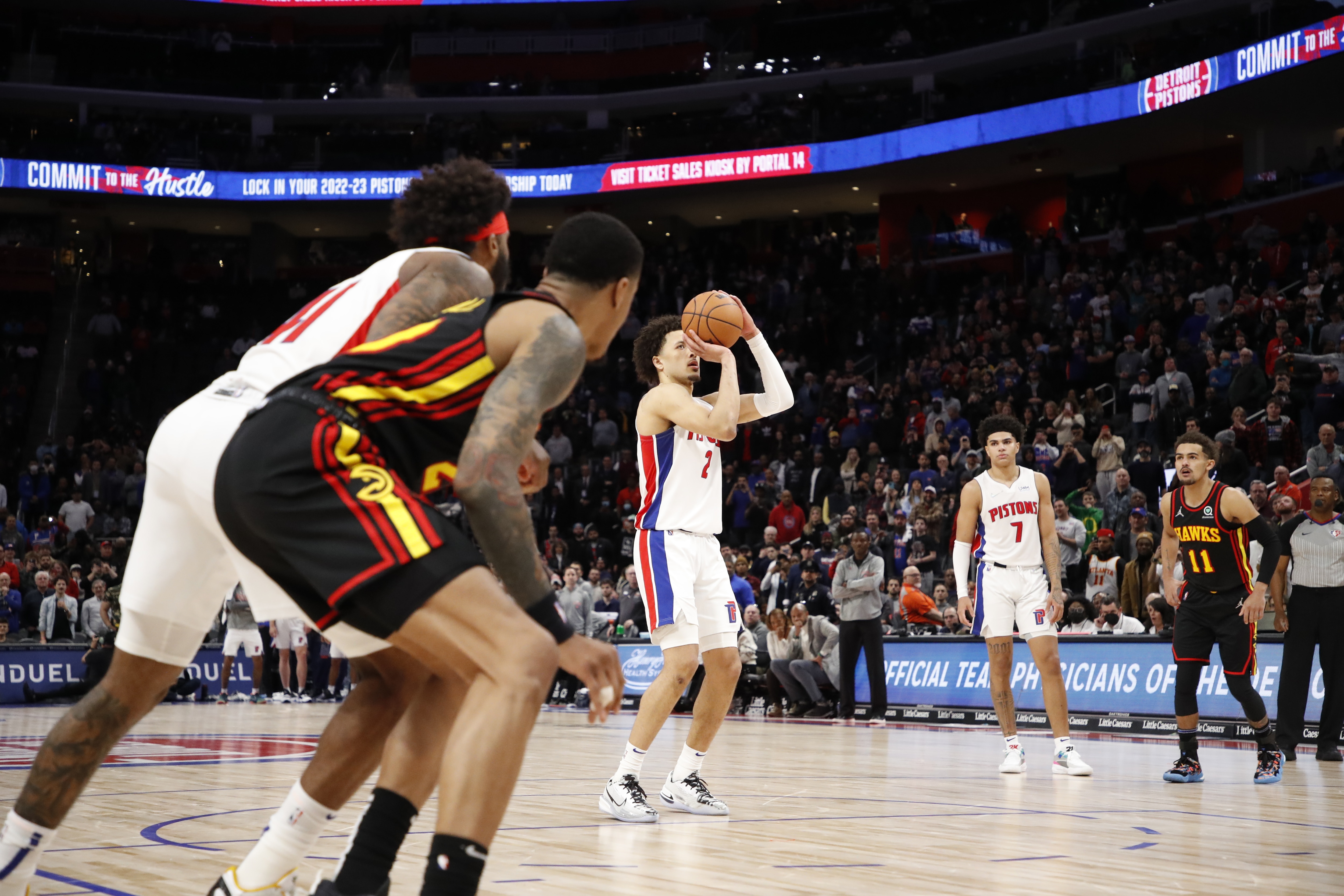 In case the first three-game win streak of the Pistons season isn’t enough to rivet the basketball public’s attention on the remarkable ascendancy of Cade Cunningham, Dwane Casey is here to take up the cause.

“He’s Rookie of the Year,” Casey said after Monday’s 113-110 overtime win over Atlanta. “That’s not even close as far as talent evaluation. I’ve been in it a long time. He’s playing like a 10-year vet.”

Cunningham, apprised of Casey’s comments, cracked a slight grin and said, “It means a lot, coming from our leader. That’s the head coach. He’s been around a lot of basketball. He’s seen a lot of big-time players. For him to say that about me, I really appreciate it. It means a lot.”

Then, asked if he feels he deserves the award, Cunningham’s gaze narrowed. “Yeah, yeah, yeah – c’mon.”

As the Pistons have gradually inched closer to full health – and cross your fingers that a second-quarter knee injury suffered by Isaiah Stewart doesn’t turn out to be significant – the breadth of Cunningham’s skills have been correspondingly drawn out. Even on a night when the mid-range shooting touch betrayed him early, Cunningham’s clutch gene – the thing that separated him from the other contenders to be the No. 1 pick last summer – shone through at winning time.

“He had a great game,” Atlanta’s Trae Young said. “He was controlling the game for them.”

Fifteen of his 28 points came in the final nine minutes of fourth quarter plus overtime. His two free throws with 1.6 seconds left in regulation put the Pistons ahead by a point. He scored seven of the first 10 Pistons points of overtime and assisted on the only basket he didn’t score in that stretch.

“Everybody was locked in, everybody was together. Cade did his thing offensively and we got the win,” Killian Hayes said. A year ago, it was Hayes going through the ordeal of being a rookie designated as the primary playmaker for the Pistons. Now it’s Cunningham with his hand on the controls.

“You can see, late game, he’s extremely confident having the ball in his hands,” Hayes said. “Making big shots. Making the big pass.”

Cunningham finished with his eighth double-double, adding 10 assists plus six rebounds while playing a career-high 43 minutes and lasting all of overtime with five fouls. Support came from Jerami Grant (23 points), Marvin Bagley III (19 points, 10 rebounds) and Hayes, who had 13 points, four rebounds and six assists in 31 minutes off the bench.

“We stayed together, offensively and defensively,” said Hayes, who hit 5 of 8 shots and had a 3-pointer taken away by a video review that showed it came after the shot clock. “We’ve been in that situation before in Charlotte (last week in another overtime win. “We had to show character. We showed the past two games we won wasn’t a fluke.”

“We’re growing,” Casey said. “They’re taking steps. We’re not a finished product yet. I wish this was back in November, but woulda-coulda-shoulda. It takes time for guys to grow. I hope this gives us a bounce into next year. Really optimistic about the core group and the way they’re growing.”

At 20, Cunningham stands at the center of that core. During the 5-2 stretch prior to Monday’s win, the rookie carried averages of 20.4 points, 8.0 rebounds and 4.9 assists. He’s on pace to become only the 13th rookie in NBA history to average at least 16 points, five rebounds and five assists. It’s taken a matter of mere months for the rookie to organically assume the role of being the player his coaches and teammates trust to have the ball when it matters most.

“I feel probably most comfortable in my life whenever I have the ball in my hands,” he said. “It’s my favorite hobby in life. I love it more than anything. The trust they have in me to go create something and make something happen, I really appreciate it. Because I feel I can do it.”

“To get 10 assists and 28 points is big time,” Casey said. “He deserves that. We were trying to go to him down the stretch. We kind of got what we wanted. For me, he’s the Rookie of the Year, just the way he won the game for us tonight.”