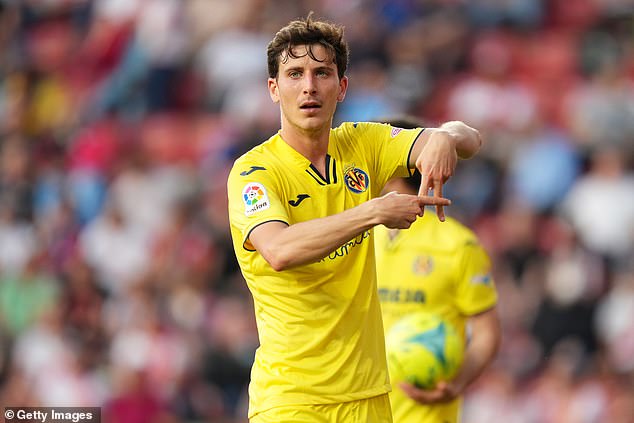 ‘I know I can stay here for many more years’: Manchester United target Pau Torres breaks silence on potential move to Old Trafford… as Villareal defender says ‘there is nothing “agreed between him and Erik ten Hag’s team

By James Cohen for Mailonline

Manchester United target Pau Torres has distanced himself from a potential Premier League move – after claiming there was ‘nothing’ agreed on a summer deal.

After several reports last season that Torres was close to leaving the club, the defender opted to stay in Spain to play Champions League football, which United could not offer.

Despite Erik ten Hag’s interest in the defender, Torres was quick to rebut any suggestions that he has agreed a deal at Manchester.

Talk to ASTorres said: “At the moment there is nothing at all, we talk about a lot of things like every year.

“I have peace of mind to be where they want me, at the club of my life and I have this offer at the moment which I value as very positive.

“There’s nothing at the moment, the only thing I have is the offer from Villarreal, so I’m very calm.”

The Spaniard added: “It’s something I’ve always discussed with the president, that different situations could arise.”

“The club loves me and I’m very grateful to them. I know I can stay here for many more years because the affection is mutual.

‘We will see what we decide. Everything is possible and I do not exclude anything.

Torres was part of the Villareal side that beat United on penalties in the 2020/21 Europa League final – as the Spaniard collected his first career silverware in the process.

The 25-year-old’s stock remained high after Villareal progressed to the Champions League semi-finals this season, where they were narrowly beaten by Liverpool, with Torres shining at the heart of their defence.

New United boss ten Hag is planning a major overhaul of United’s underachieving squad, and a bid to sign long-term target Torres has reportedly already begun with the manager’s approval.