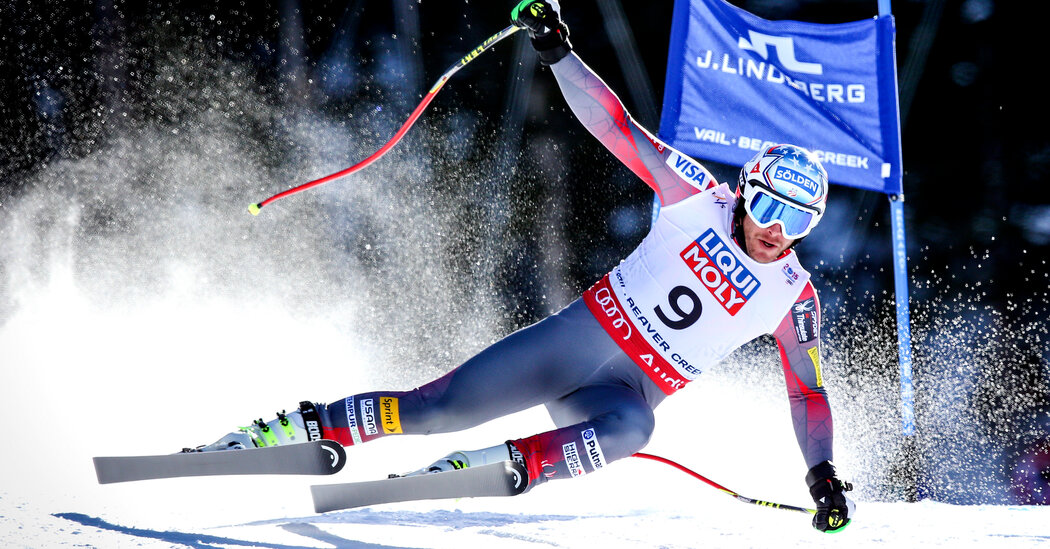 For a while Wednesday night, USA Network’s downhill ski show felt more like a cooking segment than a sporting event.

Steve Porino, an NBC Sports analyst and former downhill skier, armed with downhill skis like those used by stars such as Matthias Mayer, explained how the device was as much a weapon as just sporting equipment. (It was a quiet sports day in Beijing: downhill skiing, curling and hockey.)

To prove its point, the United States showed a video of Bode Miller, the Olympic gold medalist, crashed during a race in 2015. The edge of one of his skis ripped through his suit, severing his hamstrings and a tendon.

It was then that Porino donned safety goggles, aimed at a papaya on a table in front of him, and slammed the edge of a ski through the fruit.

Next comes a watermelon: a clean slice and a splash of seeds and liquid. Eventually, he slammed his way through a pineapple, shouting “Aha!” as he dropped half of it on the table.

At the end of the segment, two-time gold medalist Ted Ligety joined Porino as he alluded to how athletes often celebrate with champagne. Ligety twice aimed for the cork of a bottle of champagne, managing to slash it on the second try.

Taking a sip, he muttered about “sweet victory”.