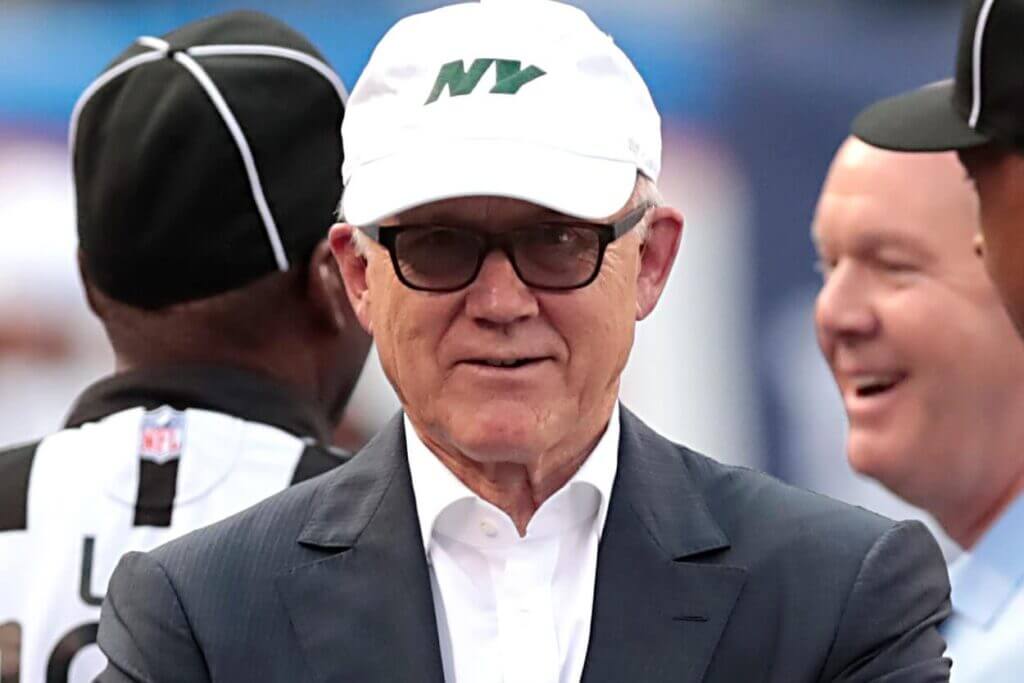 This is the slowest part of the NFL season. Not much generally happens between the end of minicamp and start of training camp. Executives, coaches and players are all on vacation, enjoying their final few moments of relaxation before the start of another season.

So, with content scarce, why not dive into the mailbag to address what’s on your minds about the Jets?

What’s your assessment of the effectiveness of Jets ownership compared to the rest of the NFL? Has Woody Johnson been less meddlesome in the last two years than he was earlier on? — @KFarrelly21

The key to being a good owner is understanding what you don’t know and being able to identify individuals who do. You need to put the right people in place to run your organization, then stay out of their way. If you hire the wrong person, that’s fine, but make the necessary changes before the franchise is set back.

Johnson doesn’t have an issue with the latter. He’s more than willing to shake things up when they aren’t going well. His issues have always been centered on the need for headlines and a quick fix. At times, it has felt like he has run the organization like a video game, chasing the splashy acquisition (Brett Favre, Tim Tebow, Darrelle Revis re-signing) with no thought of the long-term health of his team.

That hasn’t been the case since his return from the UK, where he was a U.S. ambassador from 2017 to 2021. He’s staying out of Joe Douglas’ way and trusting the process … to this point. Because while he hasn’t meddled, he has questioned, more than a few times, with a tone that indicated his patience was wearing thin. If the Jets struggle to start the year, could he call Douglas into his office and demand he do something to provide a spark? Could another poor season lead to Johnson demanding Douglas hand out big-money contracts to big-ticket free agents? Could he scrap the process for positive headlines?

The best way to keep Johnson in his hands-off state is by winning. We know he can’t handle his team’s status as a punchline or the thousands of empty seats in MetLife post-September. When that happens, he does everything he can to change it, which usually digs a deeper hole.

Who are the backup linebackers if something happens to C.J. Mosley and Quincy Williams? Could one of the defensive ends on the bubble (Bryce Huff, Jabari Zuniga) play outside linebacker? — @Seaver_15

Right now it’s Jamien Sherwood and Del’Shawn Phillips. The Jets flirted with and remain interested in Kwon Alexander, but they’re not going above their price. It’s up to him whether he wants to take their contract or not. The same goes for tackle Riley Reiff. It was the same for defensive tackle Larry Ogunjobi, who eventually accepted a one-year contract from the Steelers. Douglas isn’t willing to pay more than he believes a player is worth — even at this point in the offseason. The issue with this tactic is that if the money is equal, it’s unlikely any player picks the Jets — a team still very much rebuilding — over one with playoff potential.

The idea of moving a defensive end to outside linebacker is an intriguing one. I thought about it myself when piecing together a post-minicamp, 53-man roster projection. It doesn’t sound like the Jets have many candidates for the switch, though, from what I’m told.

Granted, Huff (a disruptor the Jets love) and Zuniga (a hybrid defensive end/defensive tackle in the same mold as John Franklin-Myers) weren’t the two I thought had a chance to make the switch. Jacob Martin was the one for me. He played outside linebacker in Houston’s 3-4 scheme. Maybe he could play linebacker in run situations? That’s not being considered, though.

If the Jets get off to a slow start (0-5) and Zach Wilson struggles, could Robert Saleh and Joe Douglas move to Joe Flacco or Mike White to salvage the season? — @Starks93

This is the absolute worst-case scenario for the Jets. Doomsday. The sky really will be falling if we’re having this conversation going into a date with Aaron Rodgers and the Packers. The Jets face a murderers’ row to begin the season. You have to imagine they find at least two or three wins in their first nine games, though, before things get much easier after the bye.

Answering your question, though, Wilson’s leash is long. Both Saleh and Douglas hitched their wagon to him when they drafted him second overall. Very few regimes survive a top-three quarterback failure, especially if that quarterback ends up benched midway through his second season. Still, no player, including Wilson, is promised 17 starts next year. If Wilson is dreadful, and the Jets sit just 2-7 or 1-8 after facing the Bills on Nov. 6, everything is on the table.

At that point, it becomes about survival. Both Douglas and Saleh were Christopher Johnson hires. Woody Johnson has very few ties to them. Another dreadful start to the season could have Woody thinking about a clean slate. In that situation, it might benefit Douglas and Saleh to bench Wilson, then turn to Flacco, hoping the veteran stabilizes the situation and shows that Wilson, not the scheme or roster, is the problem. That could buy them another year.

Again, though, this is the worst of all worst-case scenarios. I would legitimately feel horrible for Jets fans if this came to fruition. At some point, things have to start going right for this team.

Will the Jets employ a 50/50 split at running back? Or is Breece Hall expected to get the bulk of the work? — @CityMessiah

Michael Carter is a very good football player. He reminds me of a better version of Bilal Powell in that he does everything well. “Good,” though, is likely Carter’s ceiling. Which is absolutely fine. Any talent evaluator would kill to find a player like Carter in the fourth round. He can play and be effective in the NFL. That’s why he’ll have a role in every game with the Jets.

But Carter will play second fiddle to Hall. The rookie is the lead dog of the backfield and someone I’d expect to see 60 to 65 percent of the snaps. While Carter is a good player, the Jets believe Hall has a chance to be a Pro Bowler. The main reason: He’s a home-run hitter. He has a chance to score anytime the ball is in his hands, which is why the Jets will want to put the ball in his hands as much as they can.

Who do you think will be a rising star at training camp? — G0khanSah1n

I don’t know if you can classify a first-round pick as a “rising” player, but I’ll go with Garrett Wilson. You could tell the Ohio State product was swimming throughout the offseason. Because he was learning, he was thinking through every seven-on-seven and full-team rep he received. We never got to see his speed, athleticism, catch radius or route running shine. The Jets believe he’ll be among the players who benefit most from this summer break. He can step away from practices, reflect, then return for the start of training camp.

The first week-plus of camp is always a review. That’s another benefit for Wilson. He’ll get a chance to rehash in late July what he did in May and June. The more reps he gets, the more this becomes second nature. That’s when you’ll start to see his ability shine. Wilson is one of those players who I believe you’ll start to see pop early in camp, and he’ll only get better and better as the weeks move on.

Good health is the key for the rookie. He needs to stay on the field. Every rep he misses stunts that growth and puts him back.

What were your top three moments covering the Jets? — @Christian_T14

I started covering the Jets my junior year at Monmouth University for About.com and The Journal Inquirer. I used to ask my professors for permission to leave class 15 minutes early to get to Rex Ryan’s news conferences. I broke my first story (Antonio Cromartie’s signing in 2015) during a lecture and missed a final exam to attend Todd Bowles and Mike Maccagnan’s introductory news conference (thank you to the professor for letting me make it up). It’s crazy to think what started there led me to Scout.com, USA Today, The Star-Ledger and now The Athletic.

But, sadly, there aren’t many highlights during that time. The Jets went 41-88. So, instead of top moments, I’ll go with the most memorable.

The one legitimate positive was Ryan Fitzpatrick’s game-winning, overtime touchdown to Eric Decker to beat the Patriots in Week 16 in 2015. The Jets were on a magical run at the time, but you got the sense Bill Belichick and Tom Brady would end it. That touchdown made you believe the Jets might be on the verge of something special. Alas, they were not.

The two craziest memories were the day IK Enemkpali punched Geno Smith, and when Adam Gase told us Sam Darnold had mono. I’ll never forget the madness that ensued after those two announcements. Smith was having such an incredible offseason to that point. Darnold was viewed as the savior and ready to break out. As you know, neither Smith nor Darnold worked out long-term for the Jets in the end.