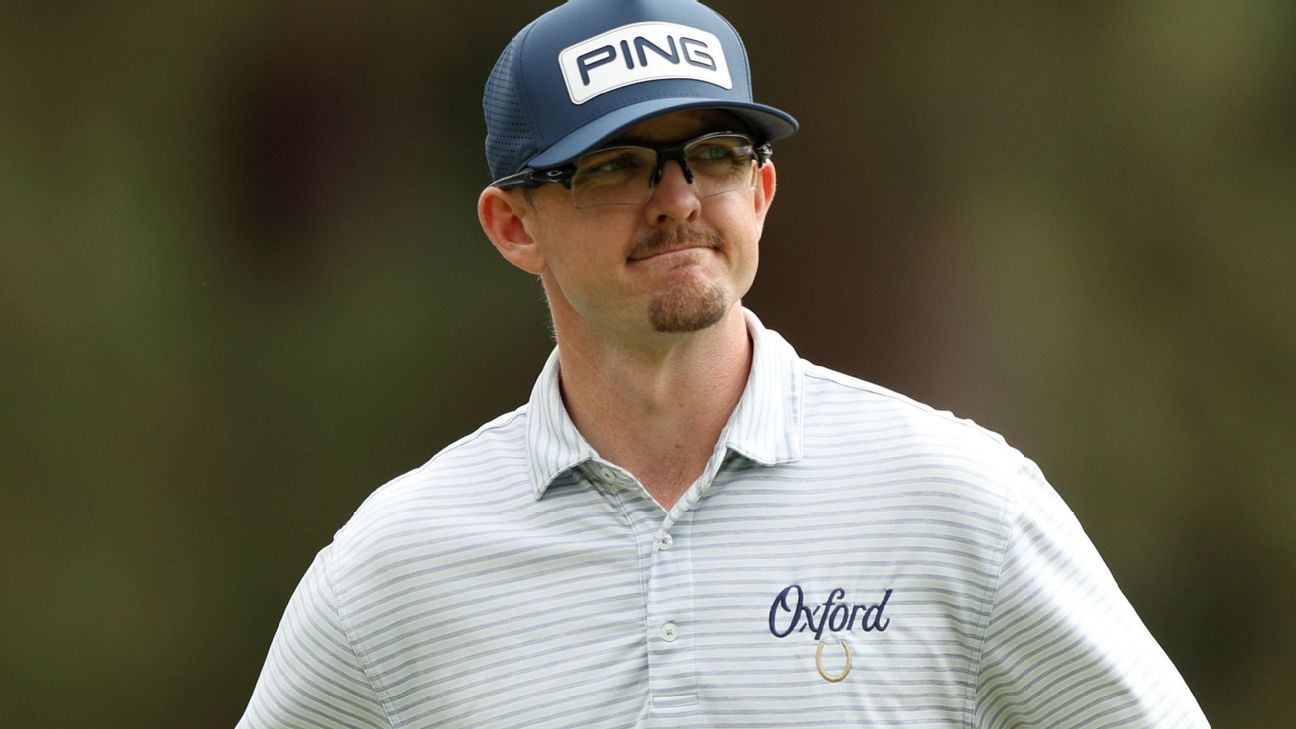 NAPA, Calif. — Jim Knous shot a 7-under 65 on Saturday for a share of the lead with Maverick McNealy after three rounds in the Fortinet Championship.

Ten others, including Phil Mickelson (67), were 4 strokes back heading into the final round.

On a cool, sometimes blustery day when the lead changed hands several times, Knous made up for an uneven day off the tee with steady, consistent iron play that put him in good shape on the greens. The 31-year-old needed just 22 putts covering 69 feet to maneuver his way to the front of the pack.

“Putter got hot there late on the back nine,” said Knous, who is winless on the tour since making his debut at this course in 2019. “I just tend to see the breaks pretty well out here. A lot of them have big swings and you can use your imagination and that’s kind of how I like to putt, so I was able to roll some nice ones in.”

Knous made an 8-foot birdie putt from off the green on 18.

“Me and my caddie had a great read,” Knous said. “It was just going to break a little bit right at the end. Put a good stroke on it, perfect speed, and there you go.”

McNealy entered the day with the lead, but fell 3 strokes behind after struggling with his driver on the front nine.

McNealy was 2 over for the round midway through the back nine when he got rolling. He made a 22-foot putt for birdie on 13, rolled another long putt in for birdie on 16, then sank two more birdie putts on the final two holes.

“It was a crazy day,” said McNealy, who, like Knous is seeking his first tour win. “I remember hitting a good tee shot down the middle on the 12th with a utility iron and everything seemed to slow down and calm down for me. I started seeing my lines with the putter.”

McNealy stayed in the hunt despite appearing to hurt his right wrist punching out from a tree well on No. 3, the first of his four bogeys on the front nine.

“[I] was really lucky that I didn’t try to hit a full swing because I chipped out sideways and a softball-sized rock came out from under the ball,” McNealy said. “I stung my wrist a little bit. I’m really glad I didn’t go after that one full because I told [my caddie] I would have been out for a year.”

Mickelson had his best round of the tournament and made five consecutive birdies on the back nine. The 51-year-old PGA Championship winner immediately went to the putting green after finishing his round.

“I felt like I blocked a couple putts and I just wanted to work on that,” Mickelson said.

Webb Simpson also was 10 under after a 65. The 2012 U.S. Open champion had eight birdies — three more than he had in the first two rounds combined.