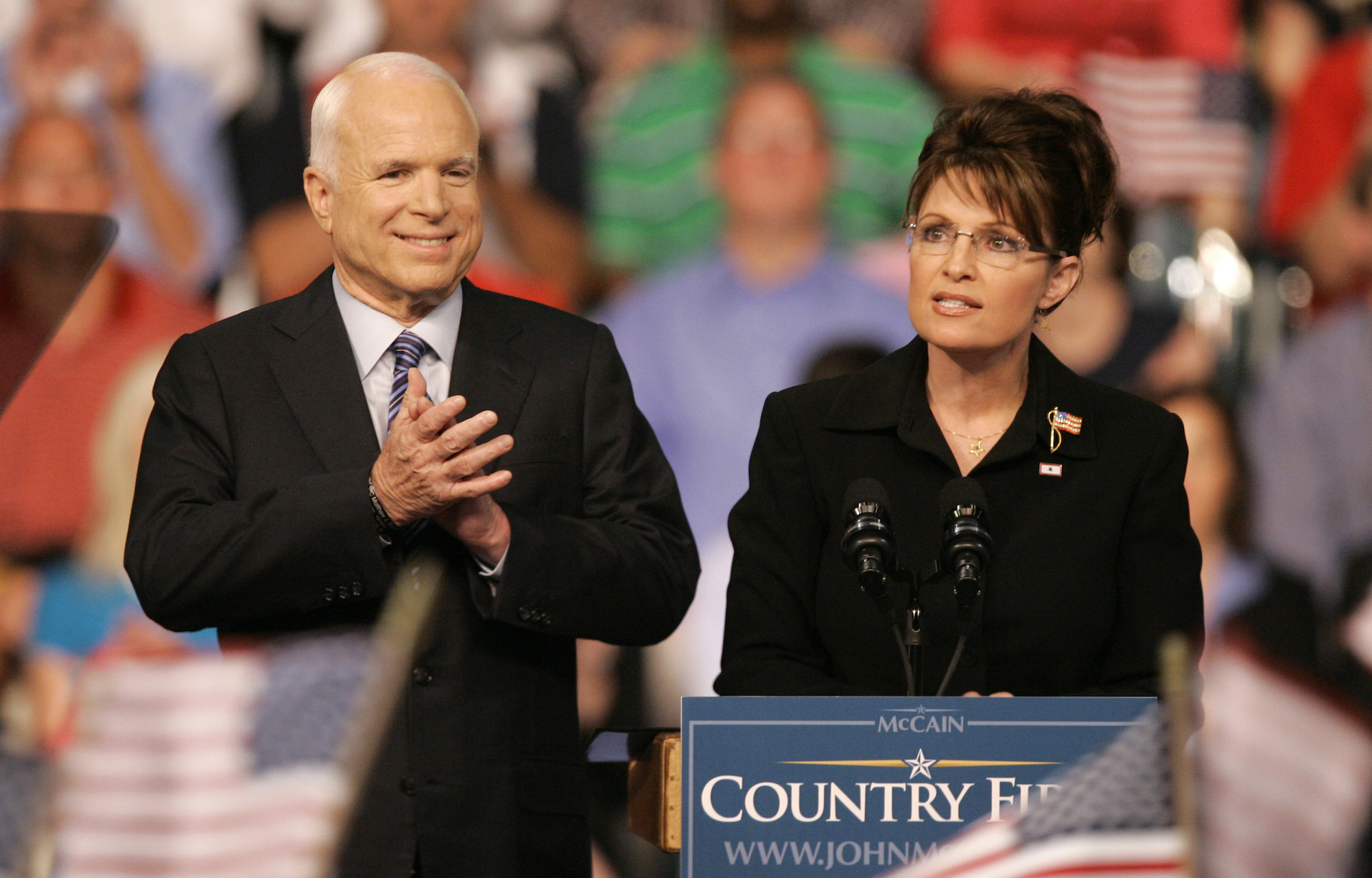 Former senator John McCain, during the selection of Sarah Palin as presidential running mate in 2008, mimed while shaking a pair of dice before telling his advisers: “Fuck it. Let’s do it.” The report comes from an upcoming book by New York Times political journalist Jeremy W. Peters. Axios confirmed the conversation with a senior McCain source.

According to the book, Insurgency: How Republicans Lost Their Party and Got Everything They Wanted the discussion took place at McCain’s ranch in Sedona, Arizona in August 2008. Peters wrote, “Mark Salter, a longtime aide to McCain, warned him that voters might view a Palin pick as divisive with the message of preparation and experience that the campaign had emphasized in contrast to Obama, a forty-seven-year-old senator for the first term. “There’s worse, John, than losing an election. You could lose your reputation,” Salter told him.

McCain strategist Peter Schmidt “also thought Palin was a risk, but said it might be worth taking,” Peters wrote.

“What you have to decide is would you rather lose by seven going there?” Schmidt told McCain.

When McCain consulted his wife, Cindy, about Palin, she told him, “John, it’s a bet.

“Well, I wish you hadn’t said that,” McCain replied. The late senator, who Peters described as “an avid craps player”, then “closed his fist and blew on it, then shook it like he was about to roll a pair of dice”.

After McCain’s selection was announced, Palin mapped out a political path later taken by Trump. During the campaign, Palin accused then-President Barack Obama of “flirting with terrorists”; Trump, during his presidential run, repeatedly claimed that Obama was “the founder of the Islamic State”. Palin frequently referred to journalists as “lamestream media,” a precursor to Trump’s attacks on what he called “fake news media.” Both Palin and Trump pushed the “birth” lie about Obama, falsely claiming he was not born in the United States. In early 2016, Palin publicly endorsed Trump’s candidacy for president.