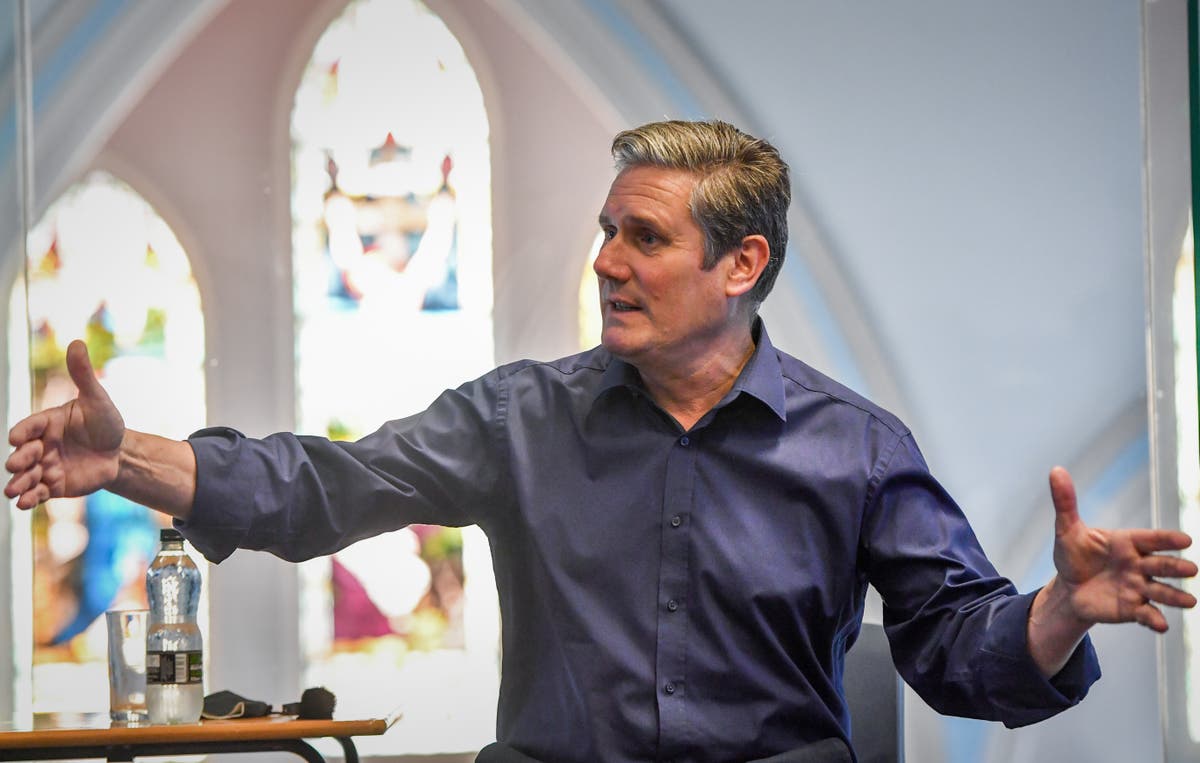 Keir Starmer unveiled “10 key principles” behind his speech for power, but left out many left-wing commitments that helped him become the Labor leader.

Promises to seek “economic justice”, “common property”, “equality” and “defend the rights of migrants” are not mentioned in a 14,000-word essay published ahead of a landmark holiday conference.

Instead, the Labor leader’s’ 10 simple key principles’ are to ‘put hardworking families first’, reward people who ‘work hard and play by the rules’ and restore’ honesty, decency and transparency in public life ”.

They are meant to “form a new deal between Labor and the British people”, said Sir Keir – but the essay has already been criticized by leftists as not a substitute for “concrete and hard-hitting opposition”.

In the article, written for the Fabian Society, the party leader also criticizes Boris Johnson for the “nationalism” of the Conservative Party and for trying to start an American-style cultural war.

The “lost decade” since 2010 began with conservatives “using the global financial crisis as a smokescreen to roll back the state,” he writes.

“Second, a lazy and complacent shift from patriotism to nationalism, resulting in a botched exit from the European Union, the erosion of our defense and military capabilities and an ongoing foreign policy disaster in Afghanistan.

“And third, the ongoing attempts to import American-style divisions on social, cultural and sometimes national grounds.”

The document also quotes footballer Raheem Sterling (“England is always a place where a naughty boy who comes from nothing can live his dream”) and punk rocker Joe Strummer (“The future is not written”).

As he fought to succeed Jeremy Corbyn in 2019 – and to win over the left-wing members of Labor – Sir Keir unveiled 10 pledges, echoing the outgoing leader’s goals.

But instead of promising “equality”, Sir Keir now says he will tackle “inequality of opportunity” – and there is no indication whether “rail, mail, energy and water Will always be nationalized.

A 2019 pledge to “repeal the trade union law” has become a pledge to “give people stronger rights to be represented at work by their unions to help raise standards and protect workers.”

Labor would also “introduce a new racial equality law in the UK, aimed at tackling the complex structural racism that holds people back,” according to the document.

The 10 principles of the essay, titled “The Road Ahead”, are listed as follows:

* We will always prioritize hard working families and their priorities.

* If you work hard and play by the rules, you should be fairly rewarded.

* People and businesses are expected to contribute to and receive society.

* Your chances in life shouldn’t be defined by the circumstances of your birth – the hard work and how you contribute should matter.

* Families, communities and the things that bring us together must again be put above individualism.

* The economy must work for citizens and communities. It is not enough to submit to market forces.

* The role of government is to be a partner of private enterprise, not to stifle it.

* The government should treat taxpayers’ money as if it were its own. Current levels of waste are unacceptable.

* The government must play its role in restoring honesty, decency and transparency in public life.

* We are proudly patriots but reject the division of nationalism.

John McDonnell, fictitious Chancellor of Labor under Mr Corbyn, said The independent: “It reads like a focus group version of the Sermon on the Mount, filled with platitudes but without content of what a Labor government would actually do.”

And Jon Trickett, Mr Corbyn’s campaign coordinator in 2017, accused the new boss of “a policyless retreading of the language of the mid-1990s”, the era before Tony Blair’s time in power.

“He has to explain how we judge the differences between the two ten point plans and why that happened. Has the top ten list been dropped and why? Said Mr. Trickett.

Sir Keir is also boldly seizing the slogan that drove the Brexit referendum result, arguing that only Labor can finally allow people to ‘take back control’.

“The desire of citizens across the country for real power and control – expressed most forcefully in the Brexit vote – is still not being met,” he writes.