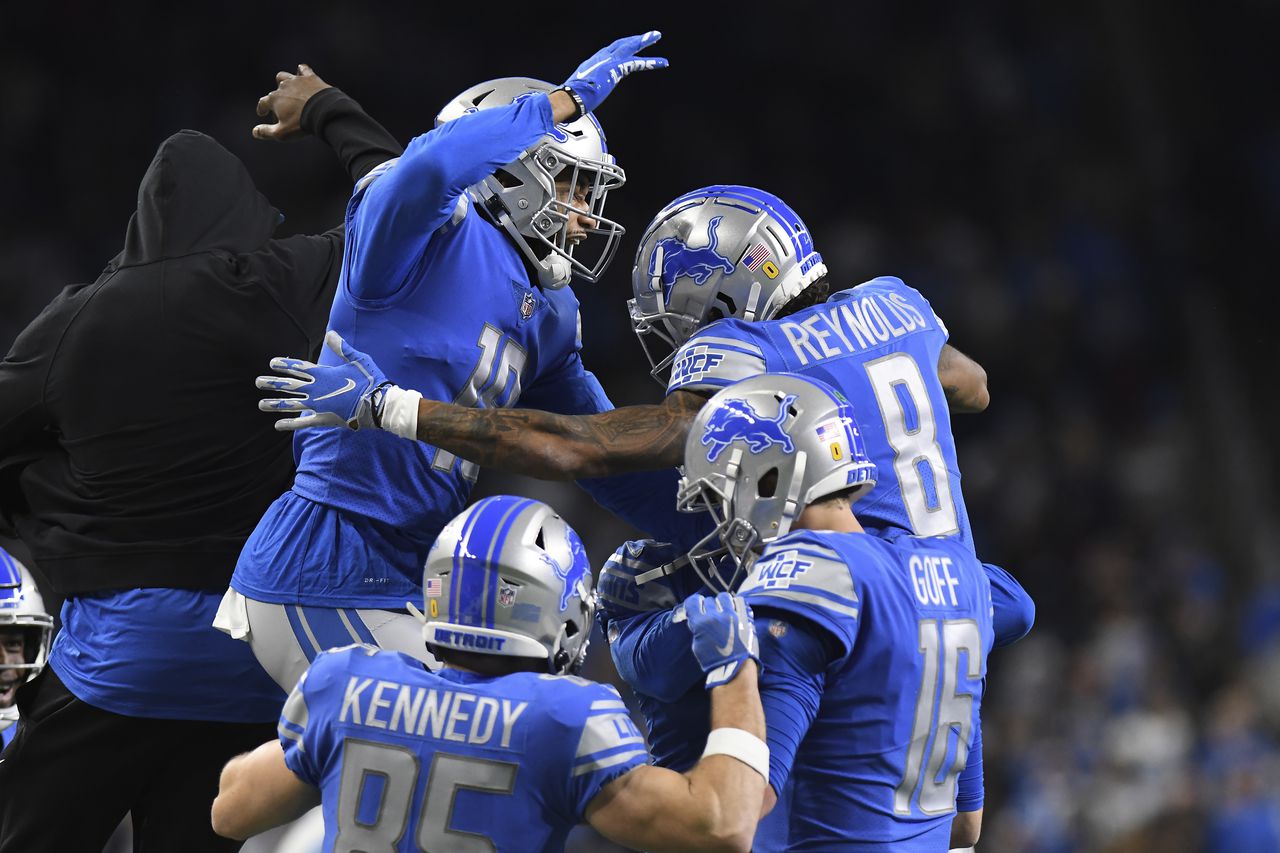 DETROIT — The Detroit Lions and Detroit Pistons each won by double digits on the same day Sunday, the first time since October 1973.

The Lions prevailed 30-12 against the NFC West-leading Arizona Cardinals in Week 15, their second win in three weeks. The Pistons beat the Miami Heat 100-90, ending a brutal 14-game losing streak.

On October 28, 1973, the Pistons defeated the Seattle SuperSonics 115-93 while the Lions defeated the Green Bay Packers 34-0. The Pistons, led by Davie Bing and Bob Lanier, went into the playoffs this season 52-30, losing in the first round to the Chicago Bulls in seven games. Those Lions finished 6-7-1 and missed the postseason, with Bill Munson and Greg Landry sharing quarterback duties.

There’s no question it’s been a rough time for fans of the Detroit-based teams, so take this as a little gift heading into the holiday season. The Pistons (5-24) take on the New York Knicks at Madison Square Garden on Tuesday, while the Lions (2-11-1) travel to Seattle in Week 16.

Watch an ecstatic Dan Campbell celebrate the Lions’ upset win over the Cardinals: ‘Welcome to Detroit’

Lions Notes: Detroit’s defense chokes the Arizona Cardinals at every turn in a 30-12 win

Don’t worry about the draft pick. The Lions needed a culture change, and they’re getting it under Dan Campbell. (Pillar)