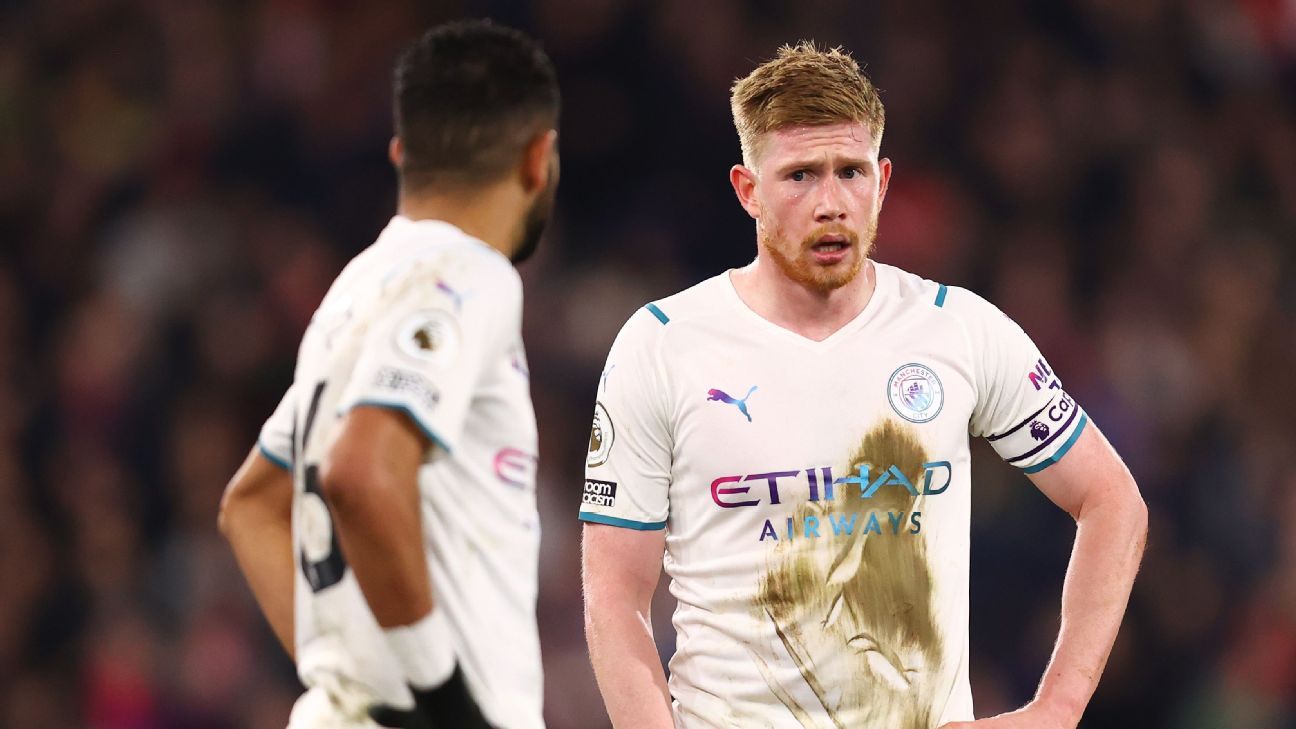 Pep Guardiola had one person in mind when striding onto the Selhurst Park turf at full-time of a goalless draw with Crystal Palace.

He walked past his Manchester City players, who had failed to find the net despite dominating the preceding 90 minutes to leave south London with a 0-0 draw that firmly opens the door for Liverpool in the Premier League title race.

He walked past referee Martin Atkinson after a game thankfully free of any officiating controversy.

Guardiola instead went straight to Palace goalkeeper Vicente Guaita. A lengthy, animated exchange ensued, but the City boss was unwilling to elaborate on what was said beyond simply “congratulating him for an incredible effort and his saves.”

City peppered Palace’s goal with 18 shots. Combined with the 14 they amassed when losing the reverse fixture in October, a tally of 32 is the most for any top-flight team this season without finding the net.

Before praising Guaita, Guardiola admitted he had other players in mind: specifically making a substitution to freshen up a forward line that was firing blanks.

“I was thinking about that, Gabriel [Jesus], Gundo [Ilkay Gundogan], but the guys were playing good,” said Guardiola. “The game was in a high rhythm and I decided to continue with these guys.”

As it was, Guardiola didn’t make a single substitution in a game City had to win to maintain a degree of breathing space over Liverpool, the holder’s lead standing at four points now. It is not the first time: since English football resumed after an enforced break due to COVID-19 in June 2020, Guardiola has opted against making any substitutions on four occasions. No other manager has done so more than twice in the same period.

This was, however, the first time this season he decided not to intervene in a match his side failed to win. Raheem Sterling, Jesus and Gundogan rarely warmed up with any purpose even as the three points began to slip from view. If he really was thinking about changing things, it never seemed particularly close to becoming reality. The result inevitably shapes judgements on such decision-making, but that just felt odd in the immediate aftermath.

Guardiola was right to assert that his team was playing well, monopolising the ball in typical fashion — albeit bereft of the total control City often display, allowing Palace threaten on several occasions when counter-attacking.

Conor Gallagher epitomised Palace’s work ethic. In tirelessly chasing down City as they probed relentlessly for the opener, the 22-year-old covered 12.5 km — the highest distance of any Palace player in a Premier League game this season.

Gallagher usually tops that statistic — he has done so in 15 of his 25 league starts during his season-long loan from Chelsea.

But Palace’s goal was never under constant threat. Guaita had only four shots on target to save, and only one of them was particularly memorable: a reflex second-half stop from Riyad Mahrez after Kevin De Bruyne hit the post on 57 minutes.

Despite Guardiola’s full-time reaction, this was not a virtuoso performance worthy of special praise from Guardiola. Opposite number Patrick Vieira underlined the point by focusing on how his goalkeeper “managed the game” by essentially timewasting to ease the pressure on his back line, allowing them to fill their lungs again after a night almost endlessly chasing down the ball.

City dropped points here because of their own profligacy. Bernardo Silva was the biggest culprit, missing the visitors’ two best chances: miscontrolling with the goal at his mercy just 14 minutes in and later sliding a second-half shot wide from Jack Grealish’s 71st-minute cross.

Joao Cancelo hit the post shortly before the half-hour mark, and Aymeric Laporte will squirm uncomfortably when watching back the two opportunities that came his way.

Recriminations can’t be far-reaching for a City side that created plenty but failed to score for the first time in 19 games since losing to Palace at Etihad Stadium almost five months ago.

They have given Liverpool a huge incentive for Wednesday’s trip to Arsenal, knowing that victory there in their game in hand will take them one point behind City with nine games each to play. Liverpool’s visit to Man City on April 10 just got even bigger and Guardiola will welcome the fact the title remains in their hands as much as it does for Jurgen Klopp’s side.

But it is tempting on nights like this — as rare as they are — to imagine what might have happened here had City landed Tottenham Hotspur’s Harry Kane or Cristiano Ronaldo last summer. After all, despite their general consistency, there is a reason they are heavily linked with a move for Borussia Dortmund’s Erling Haaland at the end of the season.

And should they end up missing out on another Premier League crown to Liverpool this season, the inquest will not focus on their defence, which is still the best in the division and the foundation of last season’s title win.

“I don’t know if a striker, like you said is in line for next season, we would win the game because I don’t know,” Guardiola said.

He’s right, of course. But thanks to Guardiola’s passivity here, we won’t know if City would have won by using all the options at his disposal either.