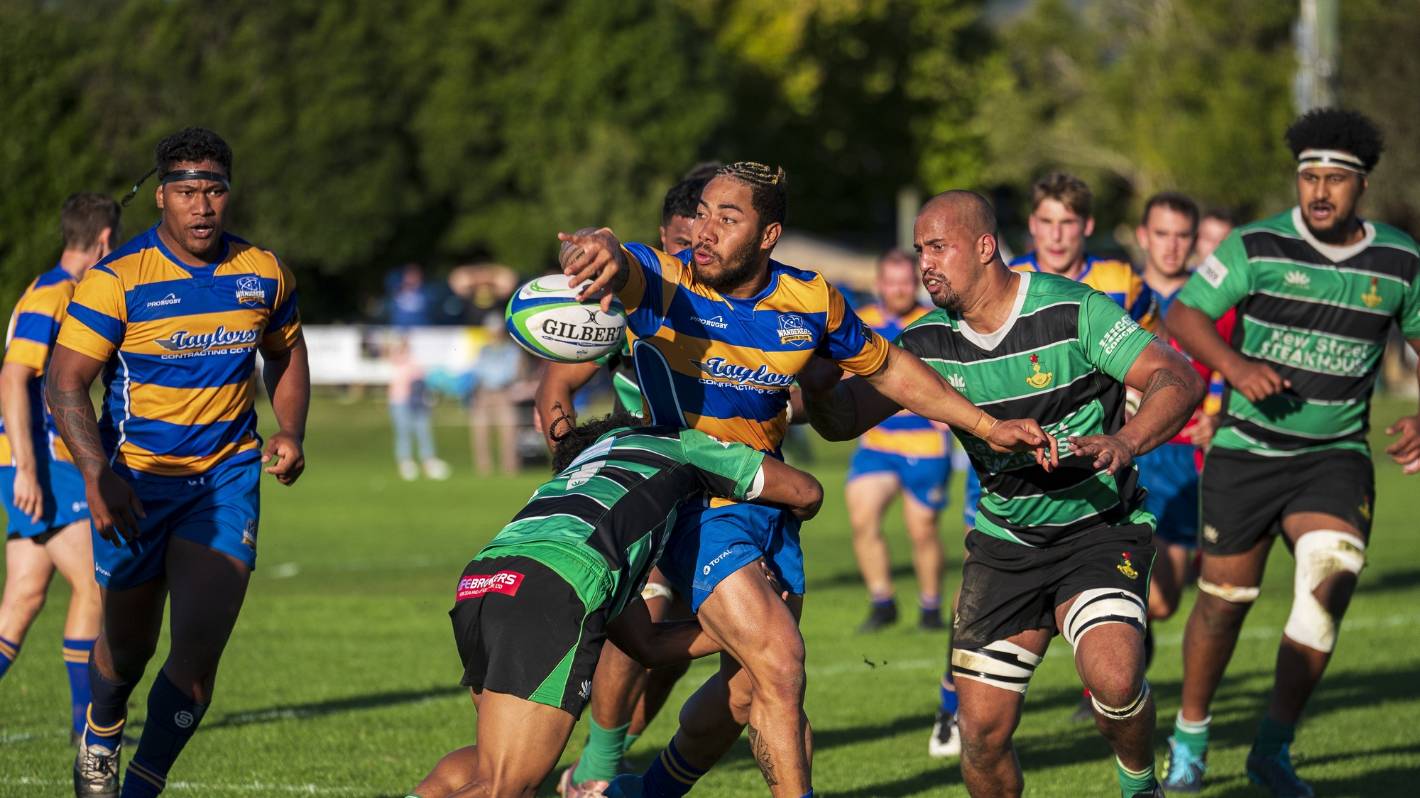 Marist was strong in defense but it took them 80 to beat Wanderers at Brightwater on Saturday.

Marist may have left it late on Saturday, but he won The Car Company Nelson Bays Division One sub-union rugby title on Saturday by scoring in the final game of the match to snatch the first trophy of the season.

Covid has taken its toll on player availability for Saturday’s final sub-union round, meaning only one of Nelson’s three scheduled matches has been played. Marist left it until the final game to claim a 24-21 victory over a valiant Wanderers side.

Marist coach Shawn Begg was very pleased with how his team stayed true to their systems for over 80 minutes.

“We knew Wanderers would be in and they were, but I’m really proud of the boys for keeping the faith. We didn’t panic and I guess that has developed over the last few years with the win. Everyone stayed focused and we got the result,” Begg said.

Amanaki Saumaki scored twice in five minutes early in the second half to give Wanderers a 21-10 lead which they held until the final ten minutes.

But the tenacious defense that had served Wanderers so well in the opening 70 minutes began to weaken and Marist took advantage of this, finishing the stronger of the two sides with two late converted tries at Manase Taufa and then the match-winner at Apitanga Sami on the end game of the game.

Marist’s attacking pack was exceptional all afternoon while Roko Onolevu provided real power off the bench with Begg who also singled out the control of both half-backs, Cleveland Barrell and Wil Thornalley as being the key to victory.

Marist now enjoys a first-round bye for the start of this weekend’s Stuff Tasman Trophy, which comes at just the right time for Begg.

“It means we can celebrate and appreciate what we’ve achieved, refresh ourselves and start thinking about our next goal from next week,” he said.

Central coach Quentin MacDonald said his side were just happy to be back on the pitch, having not played in three weeks.

“We complicated it with our poor discipline and some of our executions let us down, but we played on the right side of the park and we had 66% of the possession, so there were good things in there and we can gain confidence in the Tasman Trophy next weekend,” MacDonald said.

Ben Filipo had another solid game in midfield while Peni Fihaki put in another dominating performance at number eight. Central were also buoyed by the return of Braden Stewart who made his comeback a year to the day after last season’s serious shoulder injury while former Mako Vernon Fredericks also marked his return to the ranks of players, four years after his shoulder forced him into early retirement. .

MacDonald is delighted to add class and depth to his squad as Central prepare for a Tasman Trophy first Test against Wanderers at Lansdowne Park this weekend.

Elsewhere, Kahurangi won by default over Stoke to secure second place behind Marist while the clash between Waimea Old Boys and Nelson was also cancelled.

In Division Two action, Marist, Riwaka, Stoke, Waimea Old Boys and Wanderers all picked up wins in the second round of Nelson Bays games with Marlborough Boys, Waitohi, Moutere and Central doing the same at Marlborough.