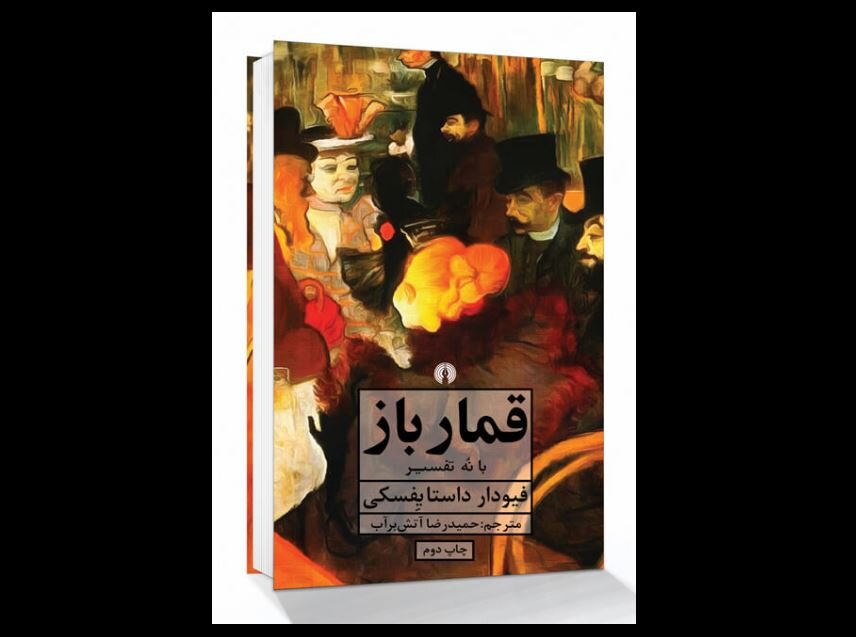 TEHRAN – Elmi Farhangi Publications in Tehran has published a new translation of the novel by Russian writer Fyodor Dostoyevsky “The Player” by Hamidreza Atashbarab.

The story is that of a young tutor employed by a wealthy former Russian general.

It reflects Dostoyevsky’s own addiction to roulette, which in more ways than one inspired the book.

Dostoevsky finished the short story in 1866 on a strict deadline to pay off gambling debts.

In this dark and gripping short novel, Dostoyevsky tells the story of Alexey Ivanovich, a young tutor working in the house of an imperious Russian general.

Alexey tries to break down the wall of established order in Russia, but instead gets stuck in the endless downward spiral of betting and loss.

His intense and unavoidable addiction is accentuated by his affair with Polina, the cruel but seductive niece of the general.

In “The Gambler”, Dostoyevsky reaches the height of the drama with this superb psychological portrait.

Several films were inspired by the book. “The Great Sinner”, a free adaptation, starred Gregory Peck and Ava Gardner under the direction of Robert Siodmak in 1949.

A 1972 co-production of the USSR and Czechoslovakia by Lenfilm Studio and Barrandov Studios, directed by Alexei Batalov, follows the book closely.

There are at least three other Persian translations of the short story by Jalal Ale-Ahmad, Sorush Habibi and Saleh Hosseini.

Photo: Poster for the Persian translation of Fyodor Dostoyevsky’s novel “The Player” by Hamidreza Atashbarab.