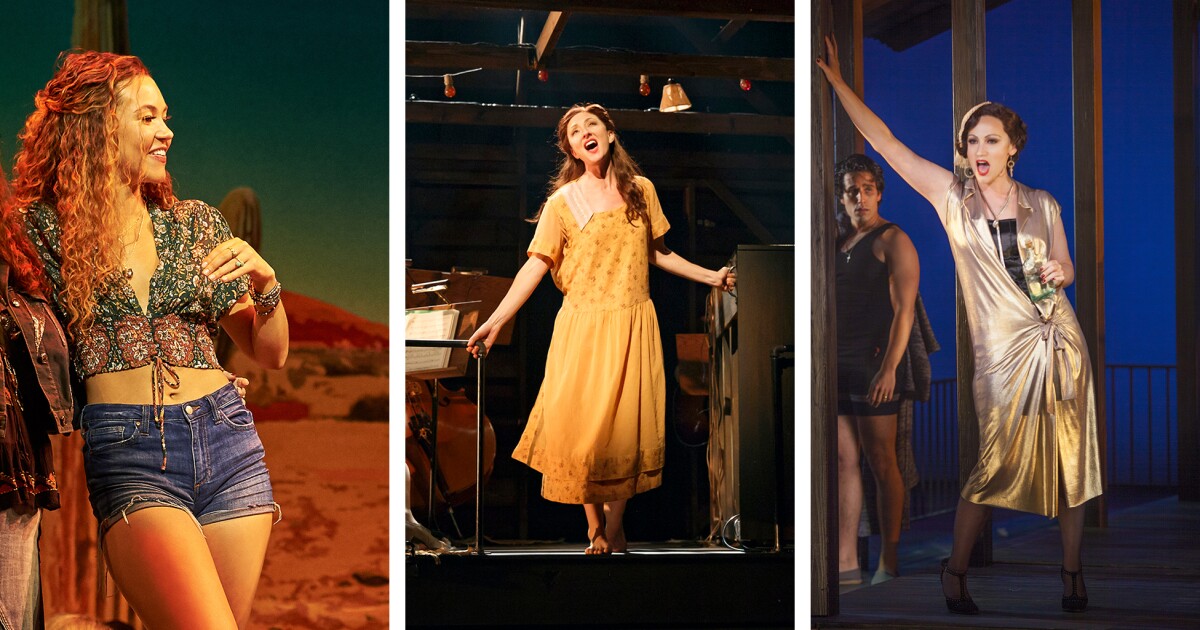 After being in the dark for 14 months, San Diego’s largest and oldest theater, the Old Globe, today announced plans for a full reopening of its three stages in Balboa Park.

The unprecedented hybrid season will unfold gradually with a mix of live, virtual and interactive theatrical projects over the next four months.

On June 4, the Lowell Davies Festival Theater will reopen for a summer series of movie nights, cabaret shows and Shakespeare events. Free outdoor events at the Globe’s Copley Plaza will also begin on June 4. Full-fledged theatrical productions will return with the musical “Hair” on the outdoor stage starting August 10, followed by the world premiere of the Michael John LaChiusa musical “The Gardens of Anuncia” in the main Old Globe Theater on the 10th. September. The Sheryl and Harvey White Theater will reopen on October 7 with the world premiere of Mansa Ra’s â€œShutter Sistersâ€.

During this summer’s slow ramp-up, the first shows will be presented with small castings on stage only three evenings a week, becoming full shows six nights a week in August.

The Globe will also feature several virtual productions in the coming months, including two short plays and an epistolary piece where ticket buyers will be mailed a series of letters and postcards that reveal a true love of WWII. . history. There will also be a new interactive self-guided tour experience where visitors to Balboa Park will be able to unlock videos of fictional stories with their mobile phones in locations around Balboa Park.

Globe Artistic Director Barry Edelstein said returning to live programming was a huge logistical challenge to plan with ever-changing public health prescriptions. But it also marks a happy moment. So, as “the biggest team in the local theater industry,” he wanted The Globe to make a statement with a rich assortment of nine-month events that signal the pandemic is finally drawing to a close.

â€œOf course we want to do a lot of things. When we are closed, we are not fulfilling our mission of providing theater to the community of San Diego, â€he said. â€œPeople miss the theater. They want to become a community again. My impression of what’s going to happen is what happened when Shakespeare reopened his theater. He will come back to life. “

The Globe’s first live stage performances this summer will be a series of open-air cabaret shows in June and July by leading ladies from three Globe-premiered musicals: Solea Pfeiffer from ‘Almost Famous’, Carmen Cusack from “Bright Star” and Eden Espinosa from “Rain”.

â€œThese are three of the most magnificent voices in American musical theater,â€ he said. â€œWhen they all said they wanted to come, it moved me deeply. It was a true expression of their attachment to San Diego.

Edelstein said “Hair” seemed like the perfect show to bring live theater back to the Globe. While working at the Public Theater in New York City, “Hair” was produced at the Delacorte Outdoor Theater in Central Park, and he said it was an “epic experience to watch this play under the stars.”

â€œIt’s a nice statement to make for the reopening. It’s about people coming together to dream of an ideal world, â€he said, adding that he will have a very diverse cast.

â€œGardens of Anuncia,â€ about the life story of Argentinian Broadway legend Graciela Daniele, also honors the company’s commitment to showcasing more stories about the experience of Blacks, Indigenous people and people from across the country. color (BIPOC).

â€œIt’s a story of Latina brilliance,â€ he said. â€œThere will be a stage filled with Latinas telling the story of their lives, their voices and their culture.â€

One of the highlights of the virtual offerings – which Edelstein says will likely become a permanent part of the Globe’s future – will be a digital version of Samuel Beckett’s â€œKrapp’s Last Tapeâ€ starring two-Emmy-winning Ron Cephas Jones. Awards by playing Randall’s organic. dad, William, in the “This Is Us” television series. Edelstein said he worked with Jones in New York City and tried to get the actor to the Globe for years.

Under the latest state health ordinances, all theaters in San Diego County are allowed to reopen at full capacity on June 15. Performances before this date will be presented with socially distant headquarters, regardless of vaccination status. For all performances after June 15, The Globe will post updates on the restrictions the state and county require at that time on its website at theoldglobe.org.

Ticket sales dates vary. Visit theoldglobe.org or by calling the box office at (619) 234-5623. Here’s a look at the lineup coming up at the Old Globe:

The series premieres June 4 at the open-air Lowell Davies Festival Theater. The shows start at 8:30 p.m. Tickets are free, but tickets reserved for general admission are required.

Evening concerts by prominent former women at the Old Globe. Shows start at 8 p.m. on the outdoor stage. Tickets start at $ 29 and go on sale at noon on June 11.

60-90 minute interactive programs for the whole family shown at Globe’s Copley Plaza, unless otherwise specified. Entrance is free but tickets are compulsory.

â€œThinking of Shakespeare LOVE!â€: July 16-18. Old Globe Artistic Director Barry Edelstein and the seven 2021 graduates of the Old Globe and the University of San Diego’s Shiley Graduate Theater program will present romantic clips of William Shakespeare’s plays, poems and songs on the outdoor stage. The performances are at 8 p.m. Tickets start at $ 20 and go on sale at noon on June 11.

Three-game subscriptions are now on sale.

Details of additional 2021 productions, including holiday lineup, will be announced at a later date. Plans for the remaining productions have been postponed to 2020 (“Little Women”, “Faceless”, “What We Talk About When We Talk About Anne Frank”, “Dial M for Murder”, “The Taming of the Shrew” and “Henry V â€)) are also pending.