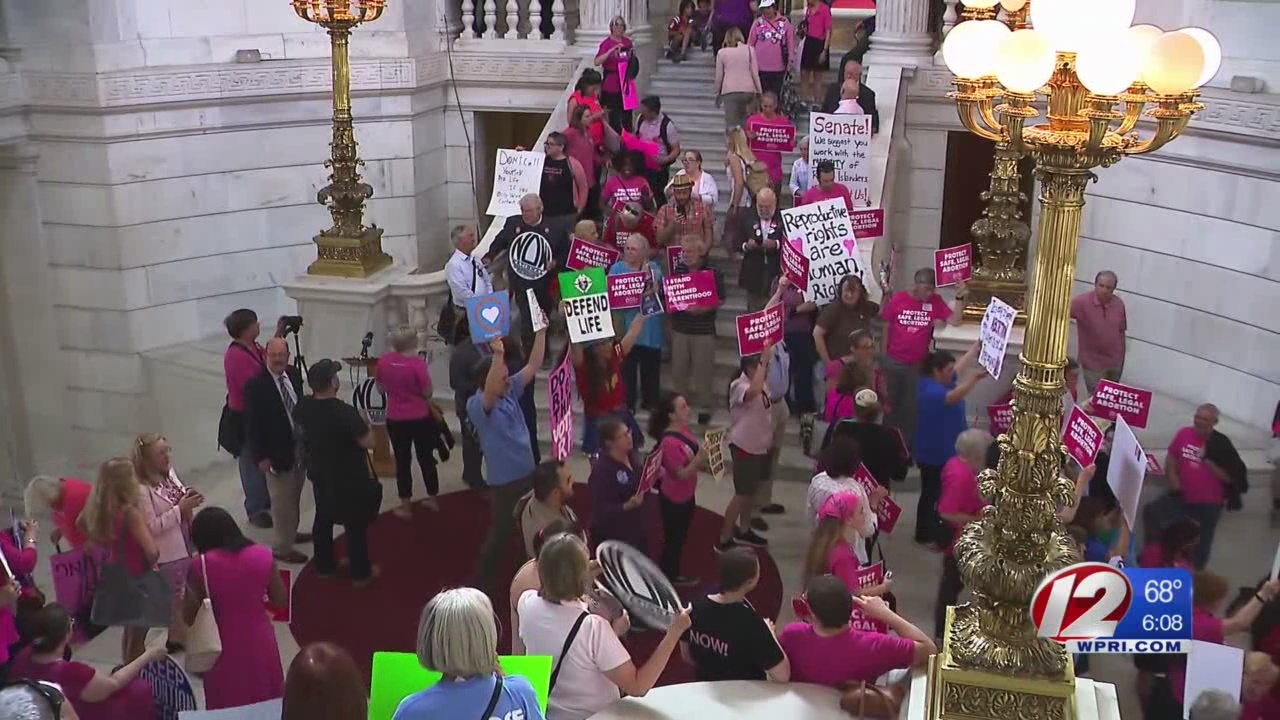 PROVIDENCE, RI (WPRI) – With the legislative session ending in weeks, two groups are making their voices heard in State House as lawmakers continue to discuss a high-profile abortion bill.

Last month, the Senate Judiciary Committee rejected the reproductive health care law, which would codify abortion rights in Rhode Island. The House approved his version of the bill back in March.

The Senate Judiciary Committee ultimately decided to withhold House legislation for further study rather than reject it, meaning lawmakers could revert to it later in the session.

Although no abortion hearing was held at the State House on Wednesday, tensions remain high on both sides of the debate.

Rhode Island Right to Life and Planned Parenthood held duels in the State House Rotunda to make sure their voices were heard loud and clear.

“I don’t really see it as a women’s rights issue, it’s more about life, you have to give everyone a chance to live,” said Michael Benson of the Knights of Columbus.

“Let’s talk about a woman’s heartbeat or a woman’s life, or a woman being in charge of her own destiny, and being alive to do what will make her happy,” said the president of National Organization for Women, Toni Van Pelt. .

As strict abortion laws are passed in other states like Missouri, Louisiana and Alabama, pro-choice supporters continue to urge lawmakers to take a different approach in Rhode Island.

“We’re just not going to allow this bullying, this verbal abuse to stop us from doing what’s right and standing up for women’s right to be empowered,” Van Pelt said.

Pro-life advocates are calling on lawmakers to block the legislation from moving forward.

“Somehow women have come to think that having the ability to get rid of a child gives them the right to be successful, I don’t see any evidence of that,” Benson said.

A Senate spokesperson said there was no update on whether or when another vote on the abortion bill would take place. He said negotiations over the legislation are continuing behind the scenes.

Did the fire chief at Menlo Park put a TV show...