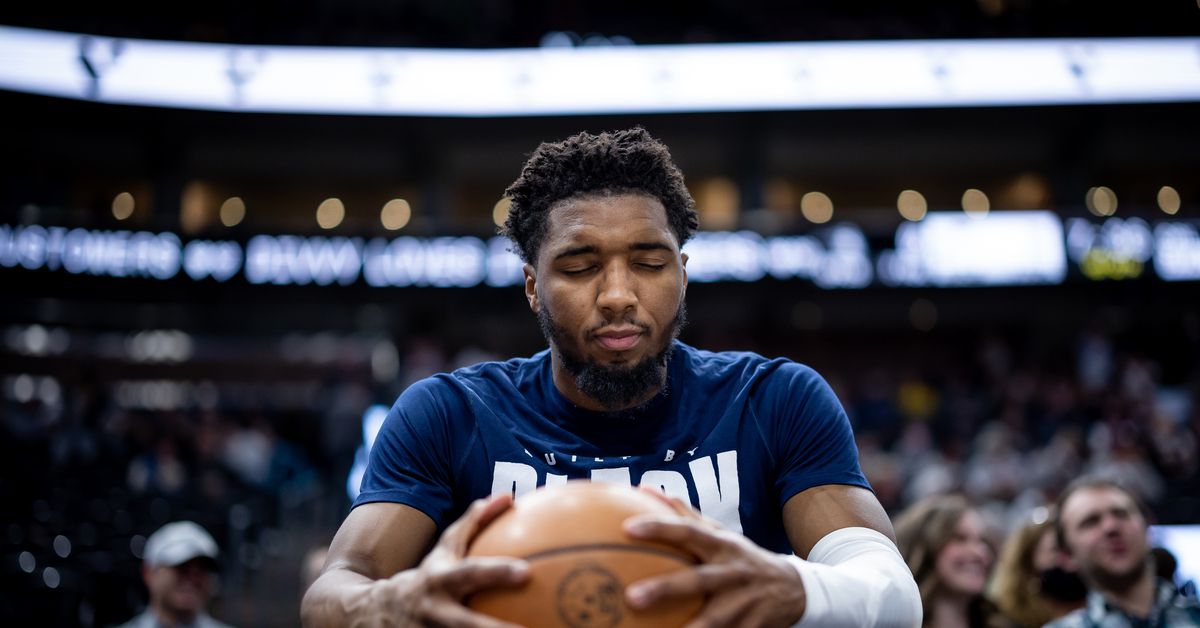 The All-Star break provides NBA teams a rare opportunity to reset and recharge.

Between practice, travel and games, NBA players and coaching staffs are in constant go-mode.

Since their loss to the Los Angeles Lakers on Feb. 16 to their first practice back this Thursday, the Jazz have had a week off to rest and recuperate.

But the nature of the loss to the Lakers made it hard for Jazz guard Donovan Mitchell to stop thinking about it.

Utah led the Lakers by 12 points with six minutes to go, looking to win its seventh consecutive game before the All-Star break began.

LeBron James and the Lakers had other plans, as James scored 15 points in the fourth quarter and the Jazz unraveled late for a 106-101 loss.

“I was really happy with the way we have continuously played throughout the past few weeks, and even through 31⁄2 quarters … but you gotta make sure you keep our foot on the gas,” Mitchell said. “It’s one of those things that’ll stick with us. Hopefully in June we’ll look back and say, ‘thank God LA happened’ because now we understand and we can use it as a moment to push forward.”

After such a great stretch leading up to the Lakers game, it sent the Jazz into the All-Star break with a bad taste in their mouth.

“You try to take time. I think honestly, like the biggest thing is trying to get your mind off it. With the way we lost to LA, I probably didn’t stop thinking about that game until about Saturday, Sunday,” Mitchell said. “Just because of how it happened and just finding ways to get back and get ready so it doesn’t happen again.”

The rare time away from basketball provides players with a realignment and a new perspective.

Then when you come back, you know, you come back one with a greater appreciation of the game because you miss it. Then on top of that, it’s like you come back with a whole different perspective and your priorities and things are aligned the right way and ready to win.”

Mitchell was scheduled to play in the All-Star game, but wasn’t able to play due to a non-COVID-19 illness.

The fifth-year Jazz guard wanted to meet Michael Jordan, who was on hand for NBA’s 75th anniversary, for the first time, but wasn’t able to because of the illness, so he mostly rested in his hotel room in Cleveland. Mitchell chose to wear No. 45 in appreciation for Jordan, who briefly wore No. 45 in his return to the NBA from his first retirement in 1996.

Mitchell is rested and ready to go.

“I’m ready to get locked back in. I’m happy to be back with the team and get ready to go,” Mitchell said.

Jazz head coach Quin Snyder went on a trip with his family for a few days, providing a nice break for the eighth-year head coach.

“I think for everyone, you know, you know, there’s the point during that time where you’re able to kind of recharge,” Snyder said.

“It’s not even a rest, it’s kind of a realignment and kind of seeing things differently, coming back with a different perspective.” — Jazz guard Donovan Mitchell

The break came at a perfect time for the Jazz, who have dealt with injuries and COVID-19.

“We had a rough January. So I think it was good to a lot of our guys, even just mentally and emotionally. I think that that stretch of injury and COVID-19 and some losses just can take a lot out of you. I think it brought us together too. I mean I think the way we’ve played of late is a reflection kind of how our team handled that adversity during that time.”

On the flight back, it was back to the grind of the NBA season. Snyder was already thinking about the stretch run.

Rested and rejuvenated, the Jazz are ready to go for the 24-game stretch run to the NBA playoffs.

“I think for us, we’ve got some work to do. We know that and you can tell with everybody’s purpose, and movements,” Mitchell said. “… Guys are ready to go.”

It starts in earnest on Friday, with a game against the fifth-place Mavericks, followed by a Sunday showdown against first-place Phoenix.

“Get your minds right. Get a break, get away. And here we go,” Mitchell said. “You got Dallas tomorrow and then you got Phoenix on Sunday. Those are two big games and we gotta go out there and find ways to win and compete at the highest level.”