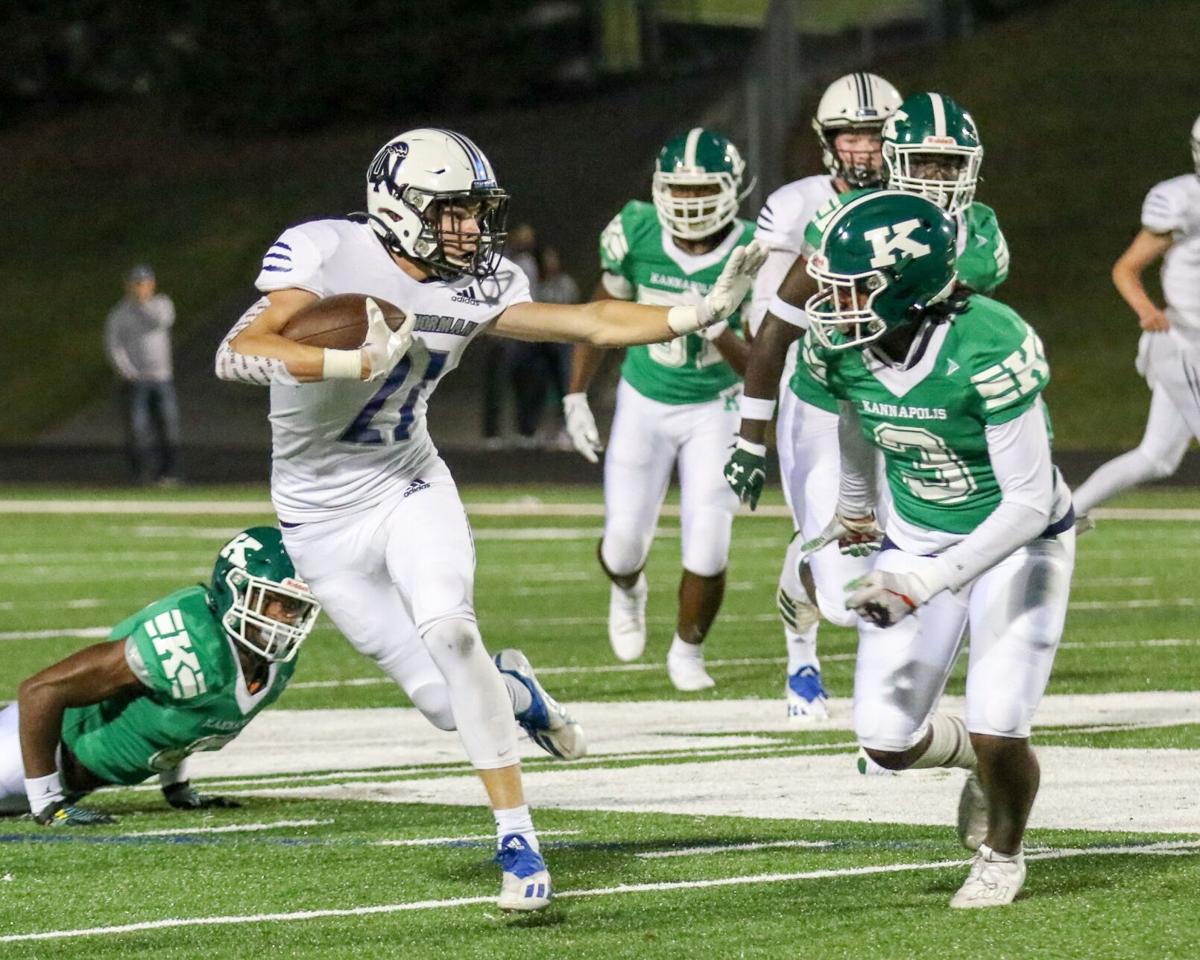 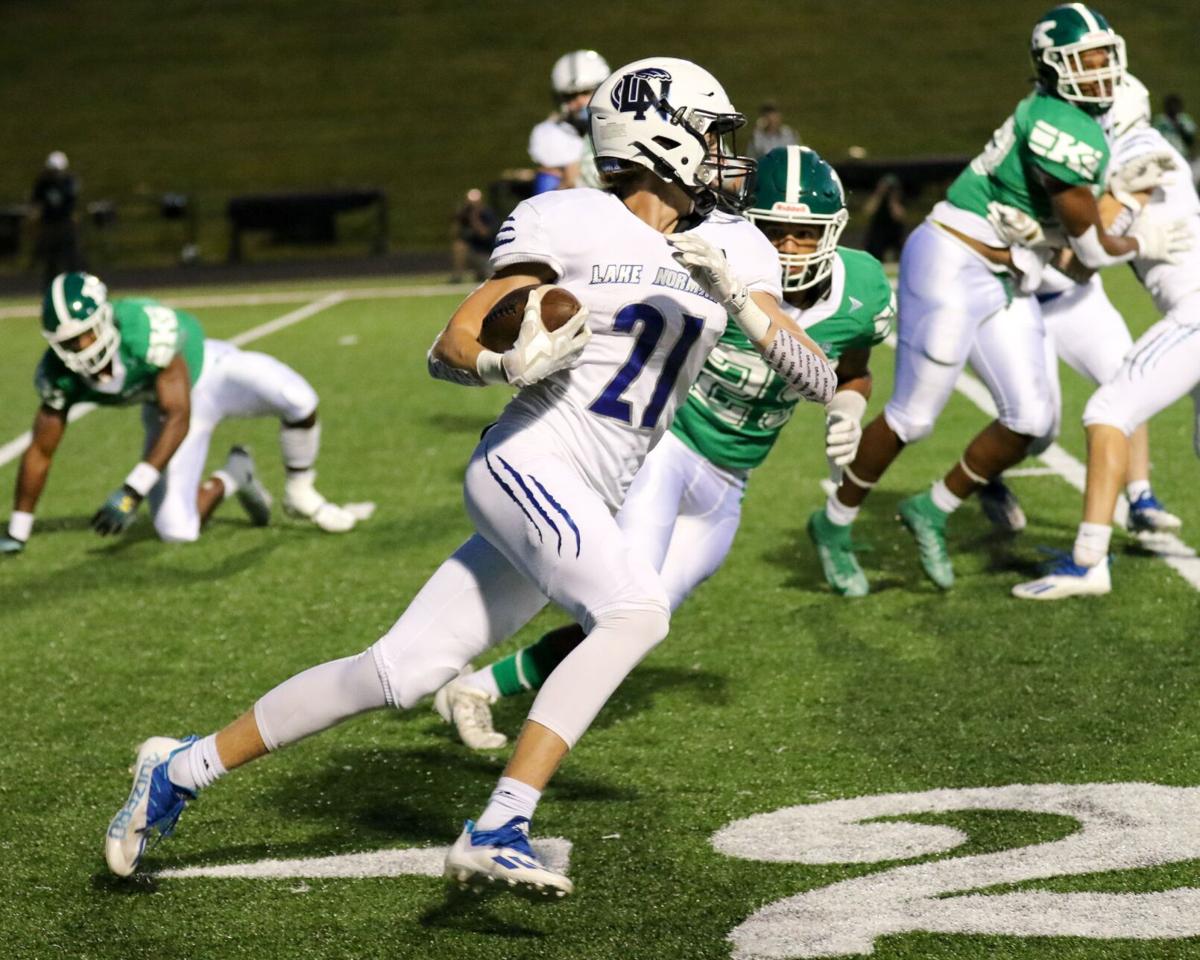 Chase Wigginton, 21, of Lake Norman, is led by a defenseman from AL Brown. 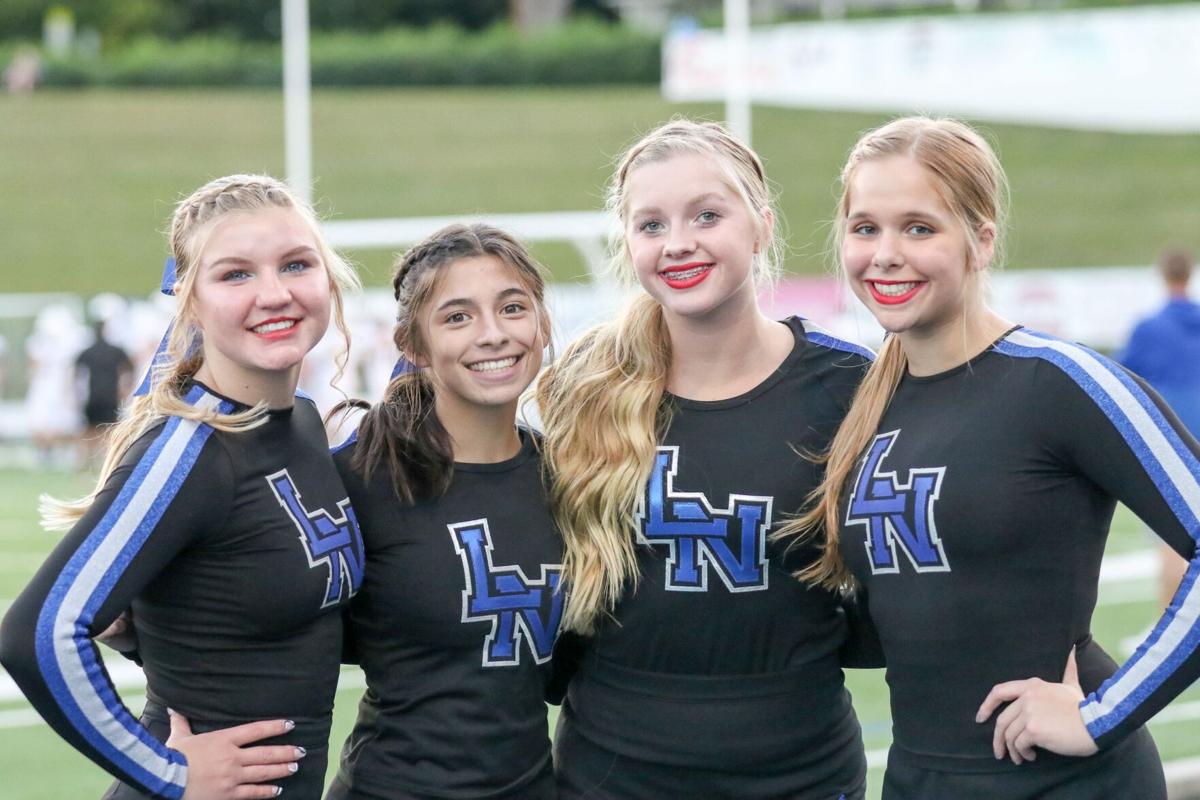 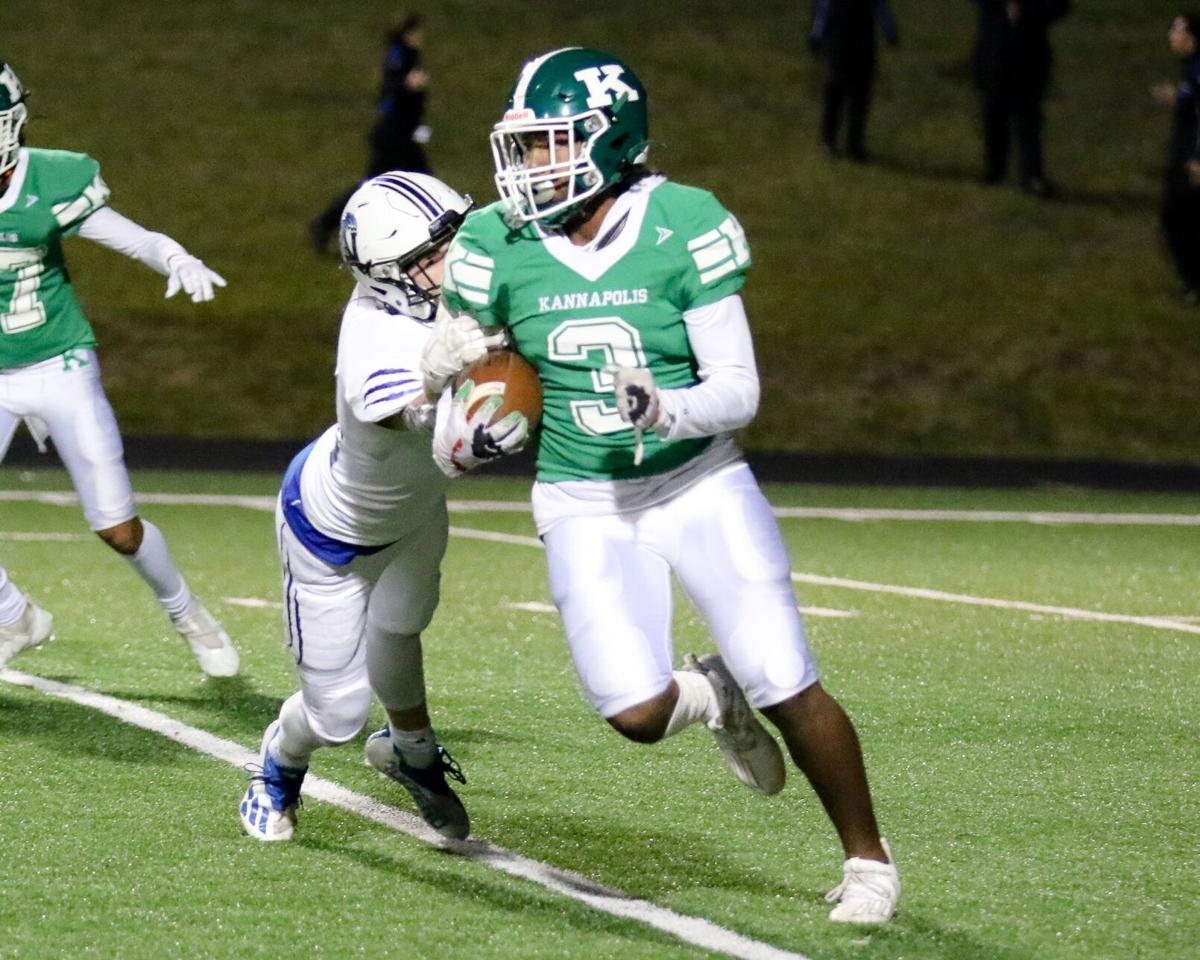 Xavier Chambers of AL Brown, 3, tries to escape the grip of a defender of Lake Norman.

KANNAPOLIS – With the game on the line, Jonathan Oliphant had to make a decision. His team faced a 4th and a 1 on their own 24-yard line, leading Kannapolis by just one point. But when his team came off the pitch after calling the time out, the decision was made for him.

“The kids made the call,” Oliphant said, still catching his breath.

Lake Norman called AJ Baker and picked up two yards and the first down, giving the Wildcats (4-1, 1-0 Greater Metro 4) a chance to kneel on a 14-13 win over AL Brown ( 3-2, 0-2 Greater Metro 4) in a game they dominated everywhere except on the scoreboard.

“I told the guys at halftime that I’m still going to roll the dice,” added Oliphant. “This is what we do and the kids adopted it. If we kick there, we put the ball in their hands. We wanted it in our hands.

“They told me they were going to get him, they went to get him and the rest is history.”

It was obvious from the start that the Wonders were going to have a hard time stopping the Lake Norman option attack, so the Wildcats relied on their ground play, running the ball on 56 of 58 offensive snaps. However, the ‘Cats didn’t rely on just one back to get the job done, instead they employed a whole host of different runners for the Kannapolis defense to handle.

Play as a dishonest AI survivor of concert work and dice...