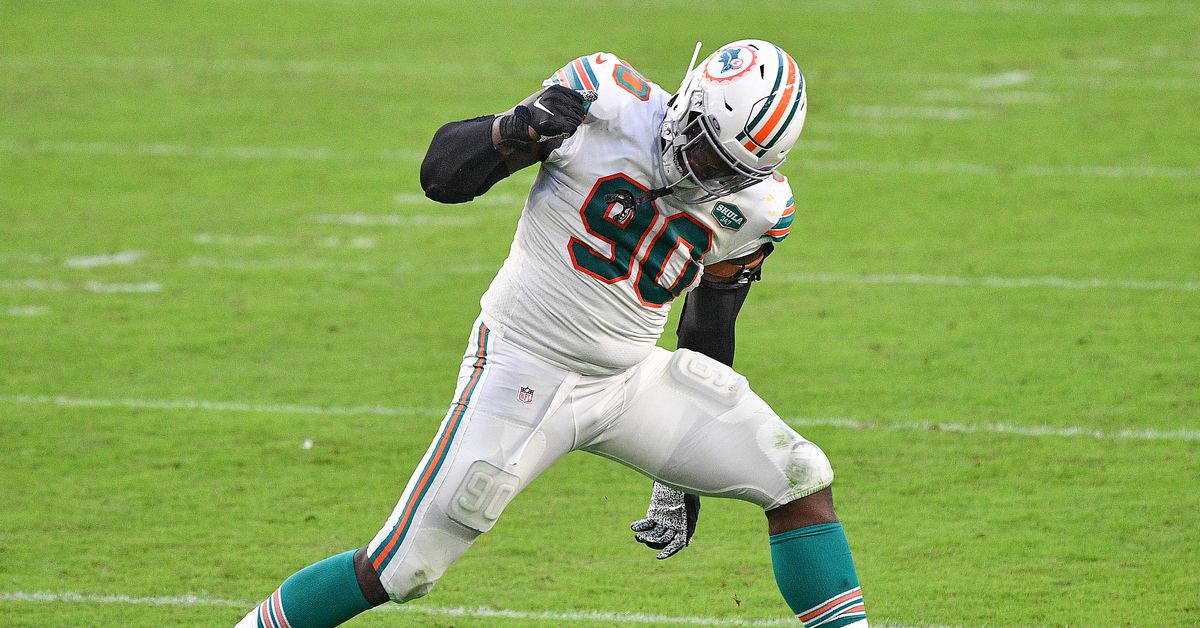 Over the weekend, the Jets traded a sixth round pick for veteran edge defender Shaq Lawson. Today, weâ€™ll be breaking him down in detail.

Lawson was a four-star recruit out of high school and eventually committed to Clemson, where he came off the bench in his first two seasons, racking up 64 tackles, 20 tackles for loss and 7.5 sacks in a reserve role.

In his junior year, Lawson broke out as he led the nation with 25 tackles for loss and led the ACC with 12.5 sacks. He also posted a career high 59 tackles as he was a consensus all-American. He declared for the 2016 draft after the season.

Lawson was eventually selected by Rex Ryanâ€™s Bills with the 19th overall pick, but he had to have surgery the following month and missed the start of the season. He ended his rookie year with 13 tackles and two sacks in 10 games.

2019 was his best season so far, despite not starting any games, as he played a career high 15 games and posted career bests with 6.5 sacks and 13 tackles for loss.

At the end of his rookie contract, the Bills opted not to re-sign Lawson having already opted not to exercise his fifth year option. Divisional rival Miami pounced with a surprising three-year, $30 million contract and he registered four sacks and, for the second year in a row, 18 quarterback hits.

After just one year with the Dolphins, Lawson was traded to Houston, but they gave up on him before he even suited up for them in a regular season game, trading him to the Jets after the final preseason game.

Now letâ€™s take a look at what Lawson brings to the table, divided into categories.

Lawson lacks ideal length but is strong and powerful with big hands. He posted good numbers for speed, explosiveness and agility at the scouting combine with a 4.70 in the 40-yard dash, 33-inch vertical and 4.21 short shuttle.

He didnâ€™t do the bench press at the combine or his pro day due to a shoulder injury but he displays good strength on film.

Lawson is capable of lining up on the right or the left and with his hand in the dirt or as a stand-up linebacker. In 2020, he lined up primarily on the right and mixed up whether or not he had his hands in the dirt, which had also been the case in his rookie year.

However, in between those seasons, he primarily lined up on the left and with his hand almost exclusively in the dirt. Lawson is also capable of lining up inside in some pass rush packages.

Lawson shows plenty of examples on his film of where he battles in the trenches to keep working and eventually records pressure despite being initially repelled.

Since entering the league, Lawsonâ€™s snap count has increased every year. While heâ€™s only started 24 games in five years, he is capable of handling a starterâ€™s workload.

Lawson generates pressure at a reasonably consistent rate and heâ€™s had at least four sacks each year since his rookie season, but heâ€™s failed to establish himself as a potentially elite pass rusher that could be among the league leaders in generating pressure or post double-digits in sacks.

He is capable of generating pressure off the edge but he lacks an elite get-off and isnâ€™t particularly good at anticipating the snap count. Heâ€™s jumped offside four times in his career.

When rushing, his primary move is the bull rush and heâ€™s generally been disruptive with this throughout his career.

Lawson was one of the top rated run defenders in the nation at Clemson and has been a solid run stopper during his professional career. In particular, he has established himself with a reputation of being someone who is good at setting the edge.

He can also display some quickness and explosiveness in the running game, coming downhill well off the backside, shooting gaps to penetrate into the backfield and showing impressive range chasing plays down in pursuit.

One of the main complaints about Lawsonâ€™s pass rushing arsenal is that he relies on the bull rush too much and doesnâ€™t have much of an inside counter. He can spin off blocks at times, but his spin move is better employed sparingly as it can be his most effective primary pass rush move.

While he isnâ€™t a natural speed rusher off the edge, Lawson does have the technique to get around the edge. On this play, he beats new teammate George Fant by getting low to create an initial leverage advantage and then transitioning smoothly into a rip move.

In the running game, Lawsonâ€™s pad level is good and he does a good job of freeing up his outside arm to maintain outside leverage and fight off his blocker.

Lawson didnâ€™t play special teams at all at Clemson and has just rushed punts and kicks at the NFL level with no real impact. He shouldnâ€™t be expected to contribute much here with the Jets.

Lawson has consistently been a modestly productive tackler at the NFL level while never posting more than three tackles per game in any season. He closes well and wraps up securely.

Throughout his college and NFL career heâ€™s rarely missed tackles with only a few in each season. The lone exception to this was in 2019 where he uncharacteristically missed 11 tackles including nine in the running game.

He has a knack for forcing fumbles, with at least one in each of his five seasons, mostly on sacks.

Lawson rarely drops into coverage and when he does, itâ€™s usually just into a shallow zone. He probably lacks the awareness to be effective doing more than this.

One area heâ€™s improved since college is that he has been effective at batting down passes at the line of scrimmage. He didnâ€™t have any passes defensed in college but has 10 at the NFL level including five in 2018.

Lawson has good instincts in terms of his play recognition and is capable of reading pre-snap keys and putting himself in a position to make plays.

Hereâ€™s a play where he sniffed out a screen pass in third down to wreck the play and force a punt.

As noted, he isnâ€™t great at anticipating the snap count, but he has good awareness in the pocket and isnâ€™t often fooled by misdirection. Heâ€™s also effective reading and reacting in two-gap assignments, although he may not get many of those in the current Jets system.

Lawson has been a player whose work ethic has been lauded in the past, including by Rex Ryan and he battled his way back from injury in his rookie year. However, his on-field effort levels have at times been called into question.

He spent a year in a military academy before college, so that should have helped him in terms of his discipline. On the field, though, heâ€™s been flagged four times for roughing the passer and was once ejected for getting into a big fight with Leonard Fournette. Heâ€™s also a bit of a trash talker.

Lawson didnâ€™t really have any injury issues in college although he hurt his knee in the bowl game in his final season and entered his rookie year requiring a shoulder surgery.

Since entering the league, heâ€™s not been entirely durable as heâ€™s yet to play every game in any season. However, none of his injuries have been that serious as heâ€™s played in at least 10 games each year.

In 2017, he ended up on injured reserve with an ankle injury and missed the last few games and heâ€™s also missed a few games with hamstring injuries and had a groin issue during his career.

When Lawson was drafted by the Bills, he later admitted he didnâ€™t really see himself as a good fit in their 3-4 defense. Sure enough, he played better as they transitioned to a 4-3 once Ryan left. Last year, he was back in more of a 3-4 base with Miami and again his production fell off slightly.

This all suggests heâ€™ll be a good fit within the Jetsâ€™ 4-3 system, as he figures to replace his namesake Carl Lawson as the weakside edge. If his pass rushing productivity isnâ€™t as good as some of the youngsters on the defense, then he could see himself in the game on early downs with someone like Bryce Huff getting more work as a situational rusher.

The Jets were so short-handed at this position that any experienced player they could add was going to provide them with an upgrade. This therefore seems like a no-brainer, especially given the low costs involved.

If Lawson performs well enough to justify sticking around for next year, heâ€™ll remain under contract at $9 million (plus a little more in potential incentives). From there, the Jets can either retain him at that level, renegotiate or seek to trade him. If heâ€™s a flop they can let him go with no dead money.

Lawson has been a solid but unspectacular player so far at the NFL level, having perhaps not lived up to his full potential yet. It seems optimistic to expect him to realize that untapped upside this season, but heâ€™ll at least get the opportunity to prove himself worthy of keeping.