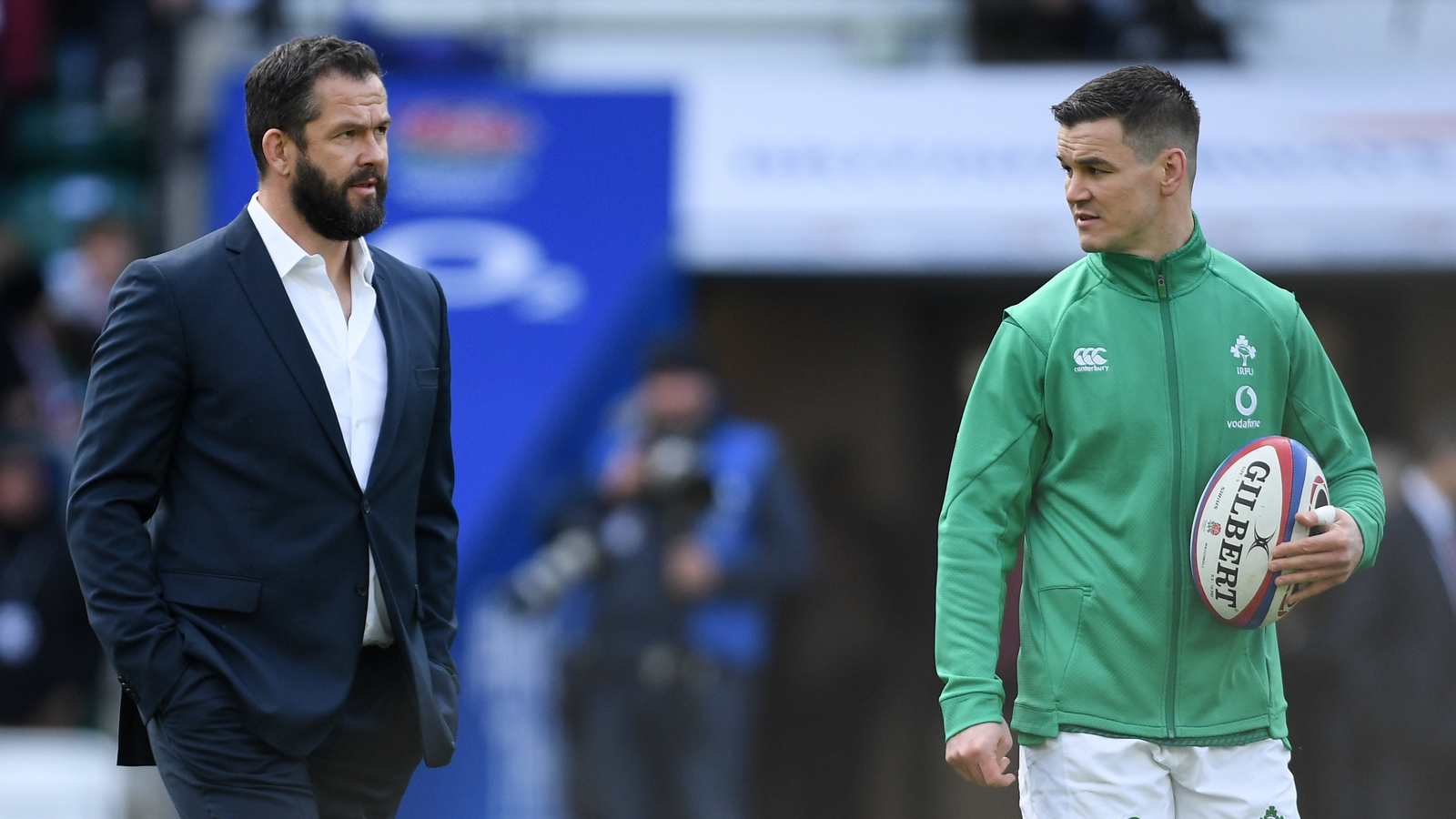 The time has come for one of Johnny Sexton’s understudies to “put their hand up”, according to Tony Ward.

The former Ireland international says it would be a “big ask” for a would-be 38-year-old Sexton to lead Ireland at the next World Cup in France in 2023.

Ward was this week’s guest on the We Become Heroes podcast with Marie Crowe, and says it’s a concern that Sexton’s long-term replacement is yet to be identified at Test level.

Alongside Sexton, Joey Carbery and Harry Byrne have been selected by head coach Andy Farrell as his out-half options, with Jack Carty, Ross Byrne, Billy Burns and Ben Healy all surplus to requirements.

Sexton himself acknowledged that the team will have one eye on their World Cup plan throughout the next two seasons, but Ward says there is very little scope for experimentation in the next 12 months.

“The games we have coming up; Japan, the All Blacks and Argentina. There was a time that you would have said the Japanese game was the ‘easiest’ of those three games, but Japan as we saw in the last World Cup, I love their brand of rugby.

“Because the New Zealand game is the second game, I’ve no doubt that Andy Farrell is going to have to put out his strongest team for the Japanese game in the opener, so there’s no room for experiment at all, that I can see, or precious little.

“Then New Zealand and then Argentina at the end of it, and obviously it’ll depend on how the first two goes the way he picks for the third one.

“Then you’re into the Six Nations, and then a tour of New Zealand. Eleven games this season, and it’s difficult to see one game of this 11 that you can actually experiment in.”

Sexton looks set to be Ireland’s first-choice out-half for the Autumn Nations Series next month, and will hit 100 Test caps in his first appearance of the season.

Ward says while Sexton deserves all the praise he gets, the continued reliance on him is potentially a worry for Irish rugby.

“We shouldn’t be talking about him in this light. It’s fantastic for him that we are and a great reflection on him. But I don’t think it’s great for Irish rugby,” explained Ward.

“I’d love to think that he (Sexton) would make the next World Cup. I think it’s a big ask personally.

“The onus is on all these young players coming through.

“I’m a Jack Carty fan for example, who hasn’t really got the rub of the green in terms of selection. I think Harry Byrne has something over and above the ordinary. I’ve been really impressed with Ben Healy, particularly this season, because he’s beginning to do what I’m talking about that I saw with (Eric) Elwood back then. He’s beginning to impose himself in the position.

“There are rivals there, but somebody – again it’s an expression I hate that’s come into Irish rugby over the years from the southern hemisphere – has got to be holding up their hand to challenge Johnny and it’s got to happen soon.”

We need your consent to load this YouTube contentWe use YouTube to manage extra content that can set cookies on your device and collect data about your activity. Please review their details and accept them to load the content.Manage Preferences

Watch it in full above or listen and subscribe on Spotify, Apple Podcasts or Soundcloud.

We Become Heroes is a podcast hosted by RTÃ‰ Sport journalist Marie Crowe, featuring some of Ireland’s biggest sports stars.

You can watch the interview with Tony Ward above or listen on Apple Podcasts, Soundcloud, Spotify or wherever you get your podcasts.