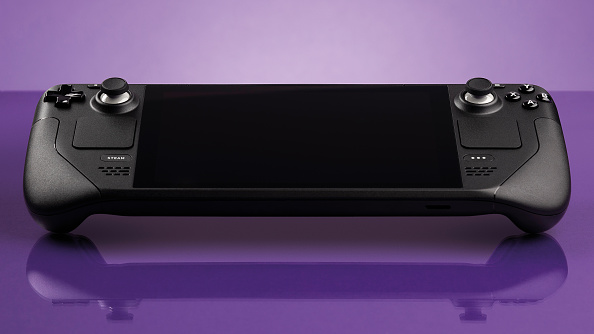 The Steam Deck is closer than ever to release, and there are a lot of PC gamers waiting in the wings to try out Valve’s new handheld gaming system. And to make it far easier to see which games will run great with the Deck, all you need to do is sign in.

PC Gamer reports that players can now sign into their Steam libraries using a special link on Steam, which will then show them which games they own are either Deck Verified, playable (but needs further tweaking), untested, or flat out unsupported.

Here is a quick look at what the page will be like when you sign into your library:

And if you’d like to see further details about Valve’s Deck Verified system, you can go to the official Steam Deck website where you’ll see an explanation as to how the system works.

As you can see, this screenshot sample shows “Horizon Zero Dawn: Complete Edition,” “Mad Max,” “Rocket League,” and “Call Of Juarez: Gunslinger” classified under Deck Verified status, and are therefore Steam Deck compatible right out of the box.

On the other hand, “Mass Effect Legendary Edition,” “Tomb Raider,” and “The Witcher 3″fall under the Playable category and are technically Steam Deck compatible, but will need further tweaking for the best performance.

This is a clear indication that the handheld will be powerful enough to allow you to play fast-paced, competitive titles (“Rocket League”), as well as massive open-world games like “Zero Dawn” or “Witcher 3” with not a lot of problems.

Valve announced the Deck Verified system last year to easily show potential Deck owners which games will run on their new handheld straight out of the box. The only ones not included in it right now are VR games, which Valve stated will all fall under the “Unsupported” category.

What this could mean is that if you try playing a SteamVR game from your library using the Deck, you might run into major performance issues that will make the experience very sub-par.

All Systems Go For The Steam Deck Release

Valve set the official release/shipping date for their handheld gaming device this February 25th, after a major delay that caused it to be pushed back from the original late 2021 launch.

It is billed as basically a handheld gaming PC which runs a custom version of SteamOS. This is based on Linux, and will run on an SoC from AMD that features Team Red’s powerful Zen 2+ CPU and RDNA2 GPU architectures (via Tom’s Guide). Valve notably said during the press gauntlet for the device that this combination will have enough power to run almost every game in the Steam library (we say “almost” because of the Deck Verified system).

While not explicitly expected to take a run at the Nintendo Switch’s crown, the Deck will allow PC gaming fans to access and play their Steam libraries wherever and whenever they want it-all without having to stream it over the web.

If you’re scheduled to get your own Deck shortly, be sure to get the best accessories for it to fully enhance your gaming experience.

This article is owned by Tech Times

ⓒ 2021 TECHTIMES.com All rights reserved. Do not reproduce without permission.