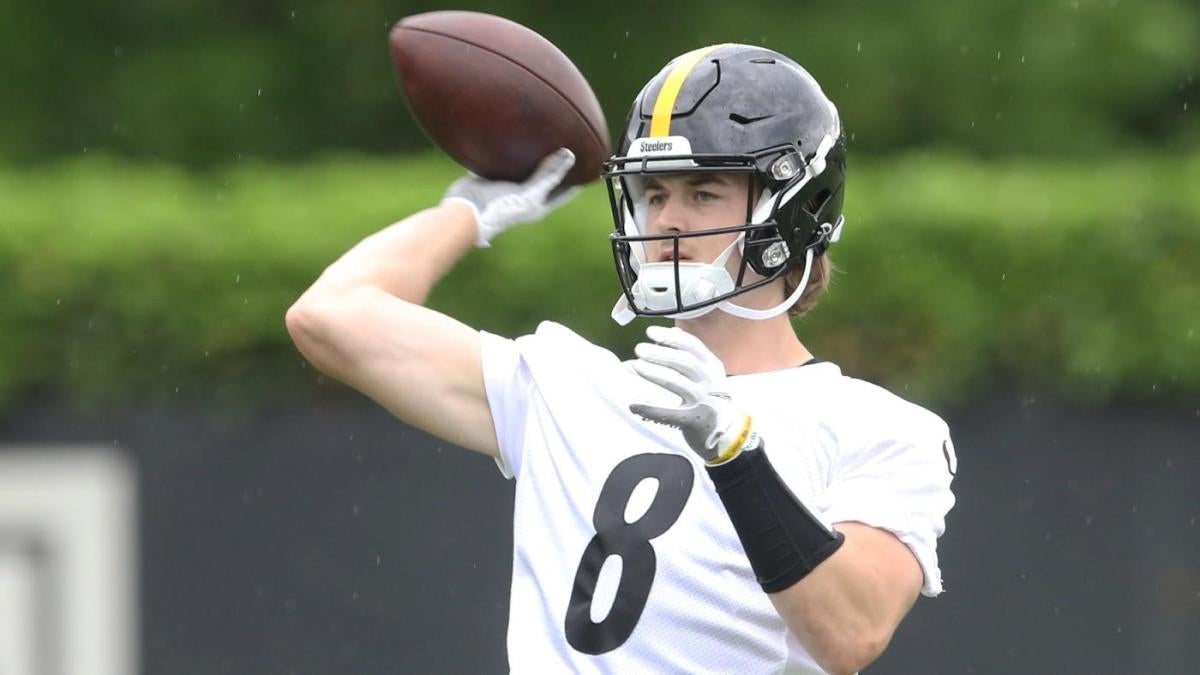 The quarterback class of 2022 was not particularly highly thought of. Obviously, with only one quarterback being selected in the first round and none in the second, the league showed its lack of confidence in this class’ quality.

That one first-round quarterback was Pittsburgh’s Kenny Pickett, who was selected by the Pittsburgh Steelers at No. 20 overall. But even Pickett came with some concerns, notably the classic “hand size” issue. Pickett’s hands measured at 8 and 5/8 inches at his Pro Day, far below the typical line that NFL teams draw.

It’s been the subject of no shortage of jokes since the Pro Day, including some from players on his own team. Defensive lineman Cameron Heyward said on his podcast that he made his own hand-size reference to Pickett, though he did make sure to note that he does not actually think it’s all that big a deal.

“I think it got blown out of proportion and then I just kind of ran with it,” Heyward said of the hand-size issue, per SteelersDepot.com. “You know, why can’t I call my rookie quarterback ‘Burger King Hands’? He will be on the show later on and I will be giving him a hard time then, but, man, the dude can still play.”

Heyward also noted that, hey, 8 and 5/8-inch hands are not actually all that small. (I guess he’s comparing that to the general population, but I’m not sure.)

“I talk a good game and I like to give people a hard time, but I won’t say his hands were really small or anything,” Heyward said. “Like he’s got average-size hands and I didn’t think anything of it. He was able to throw the ball, still able to whip it around, and he’s got the ball in his hands for a reason. He was able to do it in college.”

In any event, the Steelers have committed to making Pickett their quarterback of the future — though not necessarily the quarterback of right now. Mitchell Trubisky appears to be in line to start the 2022 season under center, while Mason Rudolph remains at least somewhat in the picture as well.

“[H]e’s got a battle for himself and his hands are gonna be the least of his worries,” Heyward said of Pickett. “Because Mitch and Mason are gonna make it tough on him.”

That might be true this season, but at some point the Steelers will put the ball in Pickett’s hands and let him prove himself. According to Heyward, at least, there should be no concerns about Pickett holding onto it.