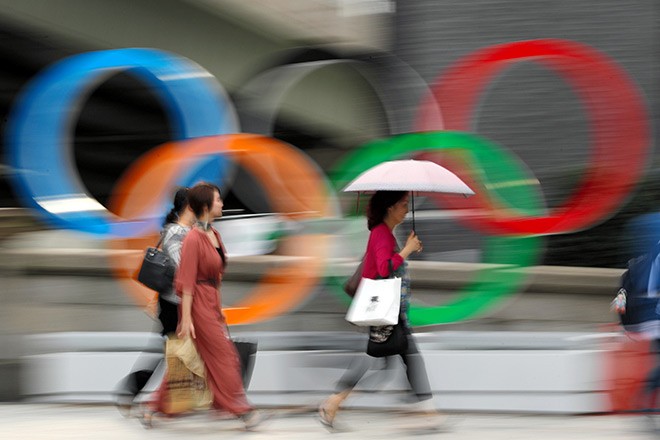 Prime Minister Yoshihide Suga takes his biggest bet yet. He is betting his decision to extend the COVID-19 state of emergency will prove to be a balm that will allow the capital to safely host the Olympic Games this summer with spectators in the stands.

By maintaining emergency curbs for nine prefectures, including Tokyo, until June 20, Suga would clearly want to believe he has a winning hand. Maintaining the restrictions until the last possible moment is aimed at preventing a further rise in COVID-19 cases before the start of the Olympics and Paralympics at the end of July.

This latest expansion, barely adopted by an audience already weary of having spent most of this year under anti-virus restrictions, will likely sow even more doubts about whether or not to host the Olympics.

Opinion polls show around 70% of voters believe the Olympics, already delayed for a year due to the pandemic, should be postponed again, especially as the nation is in the throes of a fourth wave of COVID-19 cases.

Suga was strewn with questions about the wisdom of holding the Olympics at such a critical time when he called a press conference on May 28 to explain his decision to extend the state of emergency.

He pointed out that four test events have already gone off without a hitch.

“Preparations are advancing,” he said, adding that the concerns expressed by the public are being taken seriously.

A senior administration official issued a note of optimism, saying: “Once the number of infections goes down, the mood of society will improve more and more as the Olympics approach.”

A seasoned lawmaker from the ruling Liberal Democratic Party insisted that “the mood across Japan will change as long as the event takes place.”

Canceling the Olympics is “not an option,” according to a close associate of Suga.

A key question for administrative officials seems to be whether the Olympics can be staged with spectators in the stands. What is certain is that overseas spectators will not be allowed to enter Japan.

For now, a final decision on the number of spectators remains pending due to the various extensions of the state of emergency.

During her press conference on May 28, Seiko Hashimoto, the head of the Olympic organizing committee, said: â€œI believe the government will present its standards after (the state of emergency is lifted). We will have to think (of the spectators) according to these standards. “

Organizing committee officials are now considering announcing a spectator decision around June 20, when the state of the expansion is due to end.

Hashimoto said at the end of April that she was ready to host the Olympics without fans in the stands.

A range of views on the Olympics emerged at a May 28 meeting of the government pandemic panel.

“It will be difficult to organize the event unless measures are taken to prevent large numbers of people from moving,” Satoshi Kamayachi, member of the board of directors of the Medical Association, told reporters. Japanese.

But Suga and other administration officials are keen to have spectators in the stands “even if capacity crowds are not allowed,” according to several sources. That’s because it would demonstrate that all of Japan was behind holding the event, they say.

“The future of the administration will depend on whether or not the Olympics are held,” said an LDP executive close to Suga.

A positive result will surely strengthen Suga and the prospects of the PLD in the lower house elections due this fall. The Olympics will also be a major point of contention in the Tokyo Metropolitan Assembly election scheduled for early July.

Although the holding of the Olympics will depend on the infectious situation, Suga seems strongly convinced that the cases of COVID-19 can be brought under control by June 20.