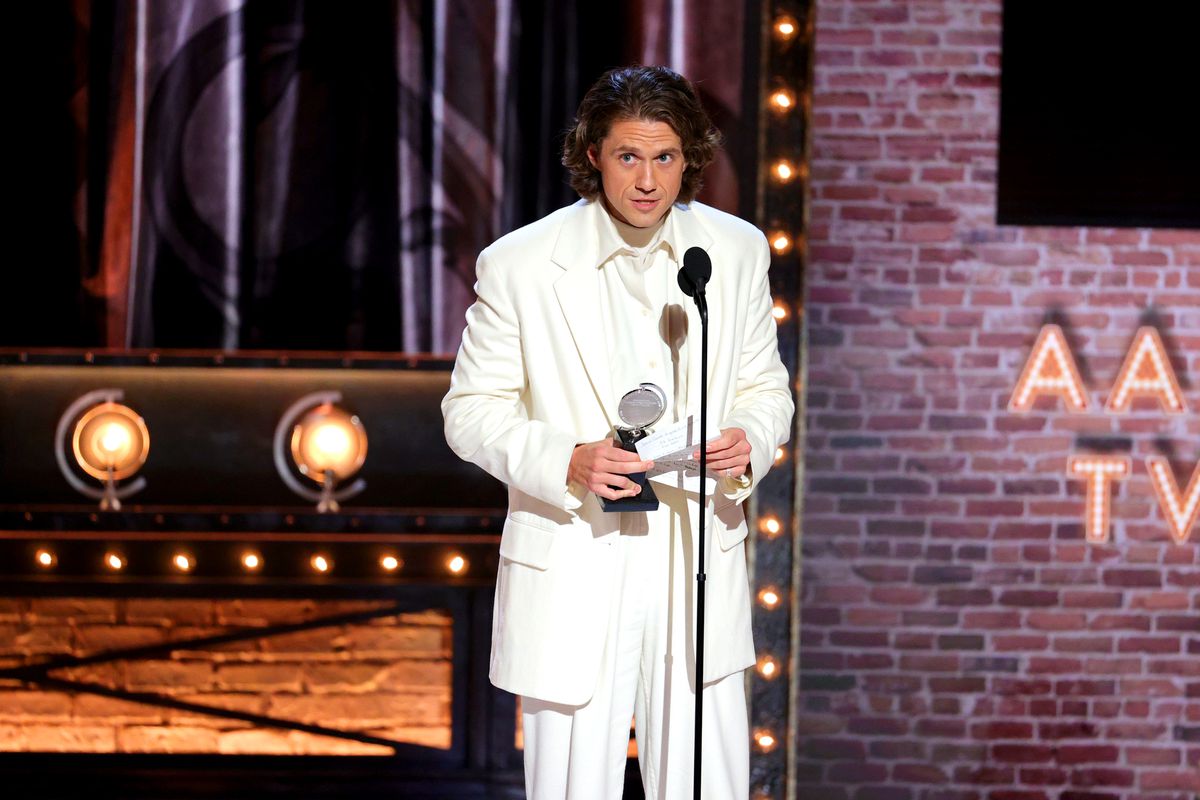 It’s the era of the televised Tony Awards in New York – and countless other smaller ceremonies in other urban centers where many theater companies start their lineup in September and start wrapping it up in late April.

Of course, the 2021-2022 theatrical season has, once again, not been usual due to this damn pandemic. It’s interesting to see how the various awards shows and ceremonies fit – or not – into the situation.

The organizers of Tony, for example, decided to return to a regular schedule of May nominations and the June ceremony this year, and did not budge when many new Broadway productions delayed their openings or made a “pause” in winter because of the first Wave of Omicron.

The unintended effect of this has been to create a crowded april openings that overwhelmed critics and likely resulted in reduced media coverage. And in the end, lingering issues with another wave of COVID-19 cases pushed organizers expand scholarship eligibility and postpone the nominations anyway.

The Dora Mavor Moore Awards in Toronto, on the other hand, made the smart decision in March to push their ceremony from June to September because so many live performances had been postponed beyond the usual auction period. Kudos to the awards organizers of the Toronto Alliance for the Performing Arts for thinking ahead — and not making anyone feel like they should rush to open their shows.

Then there is the curious case of the Jessie Richardson Theater Awards in Vancouver, which takes place with a ceremony on June 27 which, according to a Facebook postwill be on Zoom “due to budgetary constraints and the ongoing pandemic”.

But the biggest news about The Jessies is that they’re also going on an indefinite hiatus after this year’s edition, pausing all judging from May 1. According to a long explanation posted online, the board has been trying for several years to make the awards more inclusive – and has struggled to implement reforms such as the diversification of juries. With no quick fix on the site, the board says it “does not want to maintain existing power structures by pretending that Jessies’ membership is diverse and representative enough to continue as is. “.

I’m a firm believer in the aphorism that ‘perfection is the enemy of good’ – and it’s hard to see how a pause on these undoubtedly imperfect Vancouver prices, on the eve of what will likely be the he one of the most diverse theatrical seasons in the city’s history, is a step towards greater equity and inclusion rather than a stumbling block.

I think it’s clear what the real root cause of the problem is: the Jessies, unlike the Tony Awards or the Dora Awards, are their own stand-alone non-profit operation and have not been part of a larger organization since splitting from the Greater Vancouver Professional Theater Alliance in 1997. We have a serious case of unpaid volunteers burning out trying to change the world here.

Drama awards are all flawed in their own way – and easy to criticize. But I’ve seen them boost the careers of a wide range of artists who have been overlooked by critics and generate national discussions about them – and that includes the Jessies, so hopefully they come back or are replaced in in haste.

This week, Factory Theater opens among men, a new play by David Yee that stars Ryan Hollyman as the Canadian poet in free verse. Set in Prince Edward County during the construction of his famous A-frame cabin, it also features Carlos Gonzalez Vio as the poet Milton Acorn and is described as a “charged portrait of male friendship in uncertain times and a history of Canadian literature. changed forever. (Until May 15.)

In July, the Festival Players of Prince Edward Country premiered another show about the same poet titled The Shape of the House: Songs in Search of Al Purdy, created by Frank Cox-O’Connell, Beau Dixon, Hailey Gillis, Raha Javanfar, Marni Jackson and Andrew Penner. (It runs from July 14 to July 31.)

Also opening this week in Toronto:

– Three women from Swatow finally hits the stage at the Tarragon Theater after more than two years of delay. This play about three generations of women grappling with their dark history is written by rising playwright Chloé Hung (who has also written on two TV series created by Ava Duvernay) and promises “lots of blood”. (Until May 15.)

– The big divide by Alix Sobler, winner of the 2015 Canadian Jewish Playwright Competition, has its late Canadian premiere at the Harold Green Jewish Theatre. It is about the experience of immigrants and clandestine work at the beginning of the 20th century. (April 30 to May 15.)

ON TOUR: John Cleese, the British comedian of Monty Python and Fawlty Towers celebrity, is embarking on a Canadian tour of an informal show called An exceptionally crazy evening which begins Tuesday night at Roy Thomson Hall in Toronto.

By May 18, you’ll find Cleese in Kitchener, Halifax, St John’s, St Catharines, London, Edmonton, Calgary, Saskatoon, Regina, Vancouver and Victoria talking about his prime taking silly walks and, no doubt, his current beliefs that silly revivals ruin comedy, and so on.

Opening of musicals across Canada:

– The Shaw Festival puts some grounding in its march with its first preview performance of the Broadway/baseball classic Cursed Yankees at the Festival Theater on Saturday April 30. The first preview was originally scheduled to take place on April 28, but was postponed due to delays in rehearsals caused by COVID cases within the company.

– Akiva Romer-Segal is a busy guy right now. Not only does the lyricist have his funny and heartwarming musical Grow at the Grand Theater in London (Critic’s Pick), his adaptation of the adult rock cabaret April Fool is about to open at the Segal Center in Montreal (May 1-22). The show, described as “a deep dive into a woman’s mind” by singer-songwriter Keren Peles, was a hit in Israel in its original Hebrew version.

– Johnny Cash, Jerry Lee Lewis, Carl Perkins and Elvis Presley: they all take to the stage in the crowd-pleasing jukebox Million Dollar Foursome, which gets a new production at Theater Calgary directed by Thom Allison. Opens tonight, April 26, and will run through May 22.

– The Invisible: Agents of War Without Kindnessa Catalyst Theater production inspired by the true stories of female special operations executives during World War II, lands to worship in Vancouver this week (April 29 to May 7). Stephen Hunt reviewed this musical (along with another extensive one) for the Globe in 2019.