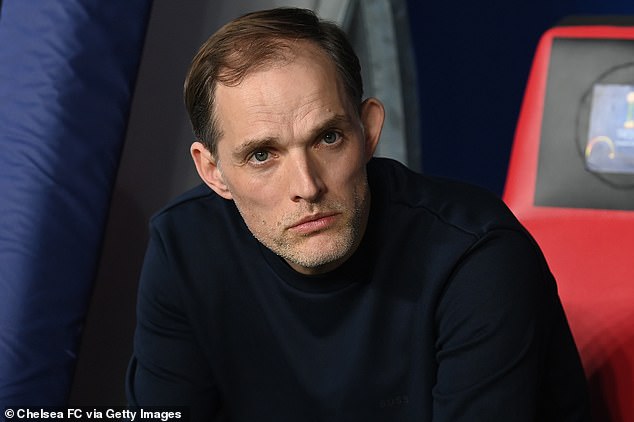 Thomas Tuchel is confident Chelsea’s unvaccinated stars will be able to play in their Champions League second leg against Lille, with the unvaccinated allowed to travel to France if granted an exemption.

By Sami Mokbel for MailOnline

Thomas Tuchel is confident Chelsea’s unvaccinated players will be available for next month’s Champions League second leg away to Lille.

The Blues had to do without a number of players who didn’t get the hang of Covid due to strict regulations in France.

Speaking on the matter last month, Tuchel admitted that facing the Ligue 1 champions with a depleted squad could ‘create problems’ for his team.

But a recent relaxation of the rules means unvaccinated Chelsea players can travel provided they have an exemption.

When asked if he was preparing to do without players who didn’t receive the injection for the game on March 16, Tuchel replied: “No, I don’t think so.” I think the current rules allow us to travel with everyone. And we need everyone.

Meanwhile, Sportsmail understands Reece James will make his return to action this week following a hamstring injury which has kept him out since late December.

The defender was in scintillating form before his setback, scoring four goals and providing five assists in the Premier League in the first part of the season.

Chelsea face Lille in the first leg tomorrow night as they look to retain the trophy they won by beating Manchester City last May at Porto.

They then face Liverpool in the Carabao Cup final on Sunday – and it is hoped the England star will be involved in one of the games, most likely at Wembley this weekend.