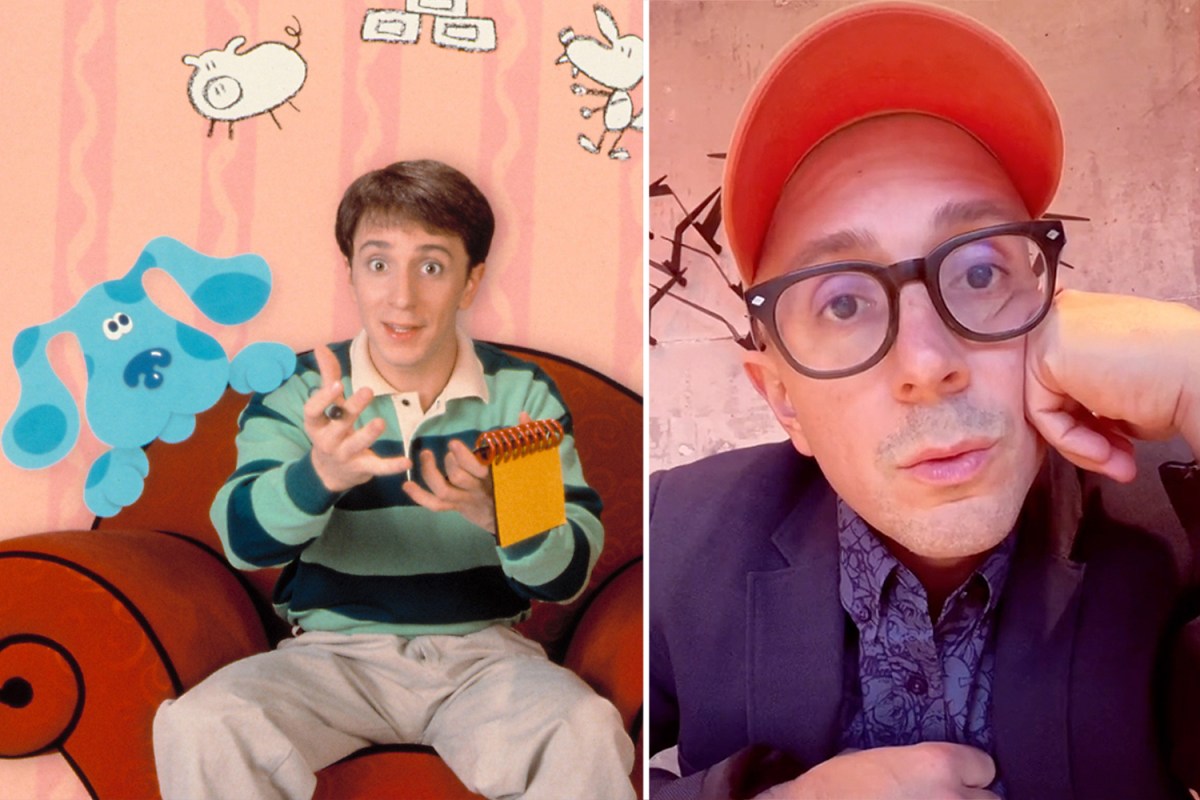 STEVE Burns, who 90s kids will remember from Blue’s Clues, recently resurfaced after many years out of the spotlight, sparking fans into a frenzy. Now he’s creating TikToks.

Blue’s Clues premiered on Nick Jr. in 1996 with Steve alongside the lively Blue Pup.

It remained on the show until 2002, when it was abruptly released. His “younger brother” Joe – played by actor Donovan Patton – stepped in to replace him.

According to Newsweek, Steve remained logged in to the show in his absence.

He wrote and produced several episodes and even helped select Joshua Dela Cruz to succeed Joe.

Steve left Blue’s Clues for go to the University, something he shared with fans on Twitter to mark the show’s 25th anniversary.

He shared, â€œYou remember when we were younger we used to run and hang out with Blue and find clues and talk to Mr. Salt and panic about the mail and do all the funny things and then one day I was like, ‘Oh hey guess what, I’m leaving. This is my brother Joe, he’s your new best friend.’

“And then I got on a bus and left and we didn’t see each other for a very long time. Can we just talk about it?

He noted that his exit from the show was “brutal” but said he had to do it to go to college.

Steve called this period “difficult” before returning the conversation to his fans.

He praised viewers for all they have accomplished in the years since he saw them, joking about how “it started with clues and now what is it? Student loans, jobs and families “.

For many years, rumors circulated about Steve’s well-being.

It has been widely shared in whispers and on the internet that he has passed away.

Steve appeared on The Rosie O’Donnell Show in 1998 to put these rumors to bed, but they continued for a long time.

In 2016, Steve spoke to HuffPost about his departure from Blue’s Clue.

He said it came “at the right time” for him, explaining, “I left the show because it was just time to go. I was playing pretty much a boy type character, older brother on the show. .

“It was getting older; I was losing my hair; a lot of the original gangsters on the show, like the people who created it, were all heading into other careers. It was just like the weather. It was time to go.”

In addition to pursuing studies, Steve was involved in a group.

He released his first album, Songs for Dustmites, a year after leaving Blue’s Clues.

He teamed up with musicians like The Flaming Lips to create the album.

While some may not have heard Steve’s music, one of his songs – a track called “Mighty Little Man” – currently serves as the theme song for Young Sheldon.

He also continued to act, appearing as a narrator in Roll Play and landing small roles in Homicide: Life on the Street and Law and Order.

Steve recently appeared in Young Sheldon in a guest role.

In his first video, he simply asked fans to explain the principle of the popular platform to him.

In another, he seemed to be on the other end of a conversation listening intently.

He captioned the clip, “I’m just giving you the attention we both know you deserve.”

His music videos have received 5.7 million and 2.5 million views, respectively.

We pay for your stories!

Do you have a story for the US Sun team?